A stalwart in Kannada research, Murthy has authored more than 25 literary works 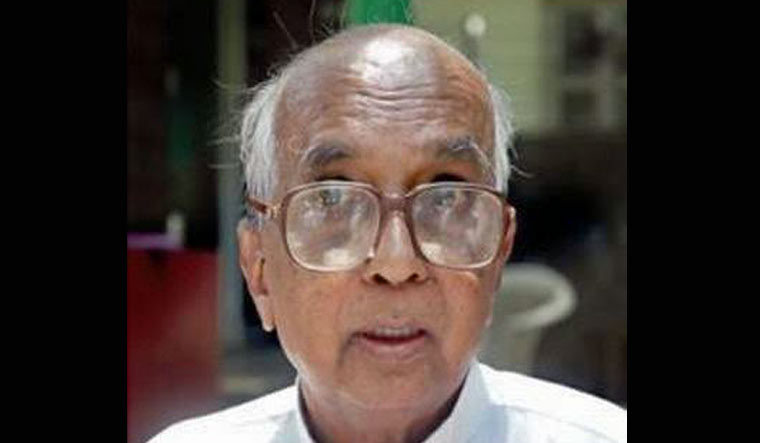 Kannada writer, historian and scholar Dr M. Chidananda Murthy (88) passed away at a private hospital in Bengaluru around 3.30am on Saturday, after a brief illness.

A stalwart in Kannada research, who has authored more than 25 literary works, Murthy was instrumental in Kannada getting the classical language status in 2008. He extensively campaigned to conserve the monuments in Hampi (a UNESCO world heritage site).

Born in Horekogaluru in Davangere district, on May 10, 1931, Murthy did his schooling in his village, before joining the Mysore university to study bachelor of arts. He pursued post graduation in Kannada literature (1957) from University of Mysore and was greatly influenced by Kannada literary giants like Kuvempu, PuTeeNa, Raghavachar and historians like S. Srikanta Sastri. He obtained his doctorate from Bangalore University in 1964 for his valuable thesis 'A cultural study of Kannada inscriptions', under the guidance of another literary giant TheeNamShri. He also served as head of Kannada department, Bangalore university.

As a champion of Kannada cause, he lead the Kannada Shakti Kendra in 1960s to invoke the Kannada pride. He was also very vocal in expressing his opinion over social and political issues. When the Siddaramaiah government introduced Tipu Jayanti in 2015, and later supported the Lingayat movement demanding separate religion status, Murthy criticised both the moves.