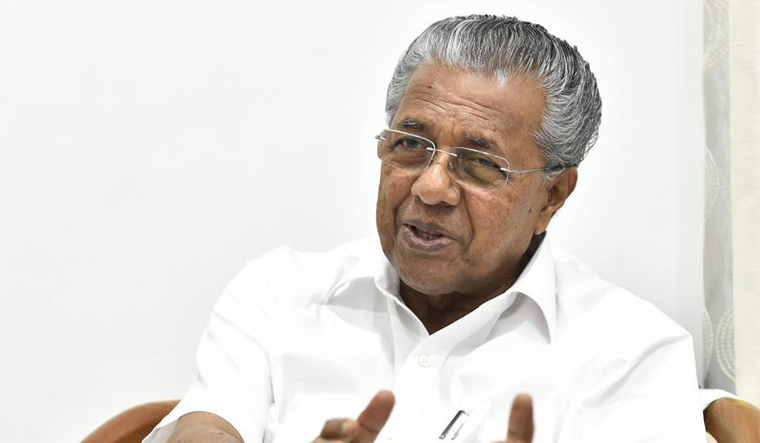 Kerala would not implement the Citizenship (Amendment) Bill, announced Chief Minister Pinarayi Vijayan on Thursday, adding that the contentious bill passed by the Parliament was 'unconstitutional'.

Discrimination on the basis of religion would not be tolerated in Kerala, Vijayan said.

“The Constitution guarantees the right to citizenship for all Indians, irrespective of their religion, caste, language, culture, gender or profession and this very right is being made void by the CAB,” the chief minister said at a press briefing in Thiruvananthapuram.

He said the state government would inform the Centre about its stand on the issue.

Launching a scathing attack on the Narendra Modi government, Vijayan said the CAB, which was cleared in both Lok Sabha and Rajya Sabha, was part of an RSS agenda to divide the country on the basis of religion.

"The CAB serves the communal policies of the Sangh Parivar and their devious plans to establish a non-secular state. The articles of the Constitution that relate to citizenship and fundamental rights are being violate here. India belongs to Indians of all kinds. Efforts to undermine this fact will only take our country backward," he said.

He said the bill was passed by the Lok Sabha with unusual haste and tenacity.