Amit Shah sets 2024 deadline for nation-wide NRC, says all 'infiltrators' will be driven out 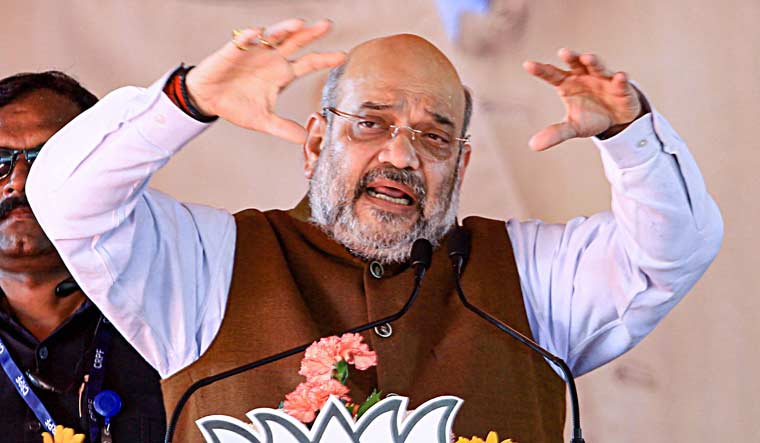 All “illegal immigrants” would be driven out of the country before 2024 Lok Sabha elections, asserted Union Home Minister Amit Shah, setting a deadline for the first time for implementing the highly sensitive and hugely divisive National Register of Citizens (NRC) across the country.

"Today, I want to tell you that before 2024 polls the NRC will be conducted across the country and each and every infiltrator identified and expelled,” Shah said addressing rallies in Chakradharpur and Baharagora in Jharkhand, ahead of the second phase of elections in the state.

Shah lashed out at Rahul Gandhi for apposing the NRC and asked if the Congress leader had “relatives” among the infiltrators.

"Rahul Baba says don't expel them. Where will they go, what will they eat? But I assure you that before the country goes to polls in 2024 all illegal immigrants will be thrown out," Shah said.

Around 19 lakh applicants had been excluded from the final NRC in Assam, published on August 31. Those excluded will get a chance to appeal at the  state’s Foreigners’ Tribunals.

The ruling BJP, which is taking on the JMM-Congress-RJD alliance in Jharkhand, has been focusing more on national issues like the Ram temple and naxal menace than the local issues.

Shah accused the Congress of trying to thwart the hearing of the Ram Janmabhoomi-Babri mosque dispute case in the Supreme Court and gave credit to the state's BJP government for "uprooting" the naxalite menace and for bringing in development.

"Congress leaders would tell the Supreme Court that there is no need for hearing the Ram Janmabhoomi case. With your (people's) backing, we submitted that it be taken forward, and the result is that the apex court has ruled that only a Ram temple will be built in Ayodhya," he said.