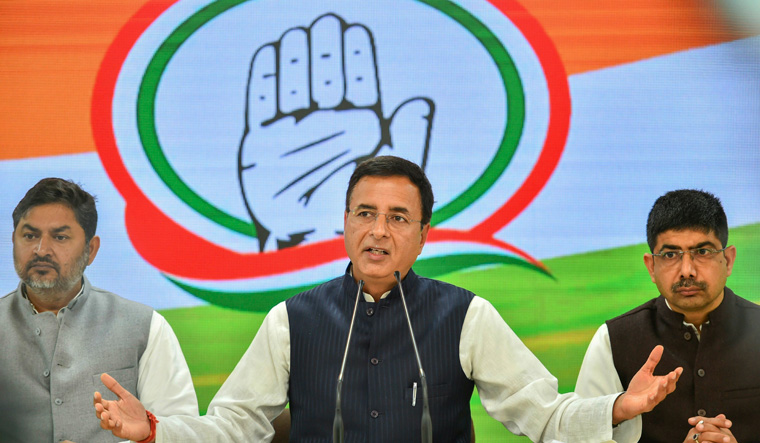 Shortly after the Supreme Court ruled on Saturday that the disputed site at Ayodhya should be handed over for construction of a Ram temple, the Congress declared it was in favour of building a Ram temple.

Speaking to mediapersons in Delhi, Congress spokesperson Randeep Singh Surjewala claimed, “Supreme Court decision cannot be matter of credit or discredit to any individual, group, communities or political parties.” Surjewala noted, “This judgement not only opened the doors for the temple's construction but also closed the doors for BJP and others to politicise the issue”.

The Congress Working Committee, which met on Saturday, passed a resolution welcoming the Supreme Court verdict on Ayodhya. The Congress called on people to maintain peace and social harmony. The CWC appealed to all parties and communities to "abide by the secular values and spirit of fraternity enshrined in out Constitution and maintain peace and harmony".

Madhya Pradesh Chief Minister Kamal Nath tweeted about the verdict and asked people to be cautious.

"The SC has delivered a verdict in Ayodhya case. I again appeal to you that we all should respect this decision of the Supreme Court. Don't be a part of any kind of show of enthusiasm, celebration and protest. Be cautious and on alert of rumours. Do not get mislead," Nath tweeted.

"The government is with every citizen of the state. Elements creating law and order situation will not be spared," he said, adding that instructions have already been issued to the police in the entire state to take strict action against such elements.