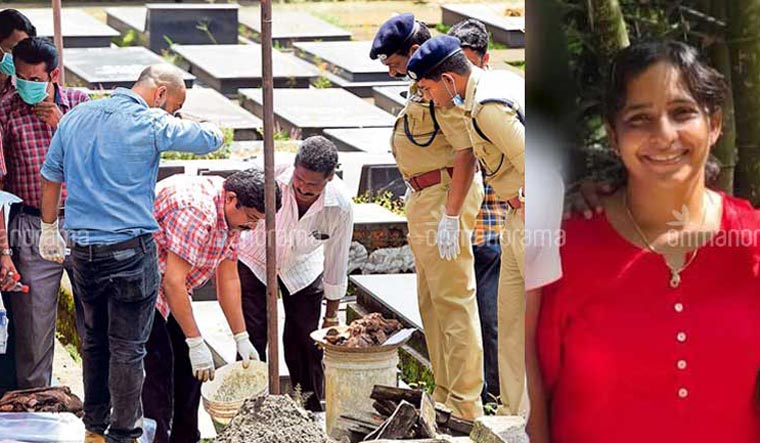 Aloor visited Jolly (47) in Kozhikode district jail and agreed to represent her in court. She is the prime suspect in the death of her husband Roy Thomas and five others in her family at Koodathayi in Kozhikode between 2002 and 2016.

Jolly, along with two others, was arrested on October 5, seven years after the death of Roy Thomas following consumption of cyanide-laced food. Among the two other accused, M.S. Mathew (44), is a close friend of Jolly while Praju Kumar (48) had allegedly supplied cyanide to Mathew who handed it over to Jolly.

A court in Thamarasseri is scheduled to hear a petition by the Crime Branch seeking 11 days' custody of Jolly and Praju Kumar, on Thursday. The court will also consider Mathew's bail plea.

According to Manoramaonline, advocates practising in Thamarassery court had refused to represent Jolly and Praju Kumar given the shocking nature of the crimes.

Meanwhile, the Kerala police on Wednesday expanded the Special Investigation Team to question more number of people in connection with the case. As police found the deaths to be suspicious, the remains of the six deceased were exhumed on October 4.

While Annamma Thomas had died in 2002, her husband Tom Thomas passed away six years later in 2008. Later, their son Roy Thomas died in 2011. Annamma's brother Mathew died in 2014 and two relatives—Sili and her one-year-old daughter—in 2016.

Jolly later married their relative Shaju, who was the husband of Sili and father of the one-year-old daughter who had died in 2016.

On October 7, police had questioned Shaju for a whole day and his statement recorded and later let off.

On Wednesday, the investigators questioned a BSNL employee, Johnson, who is suspected to have provided SIM cards to the woman. Her call details also revealed that she had made several calls to Johnson during the past few months.