Officials say the database will be safe from cyber threats 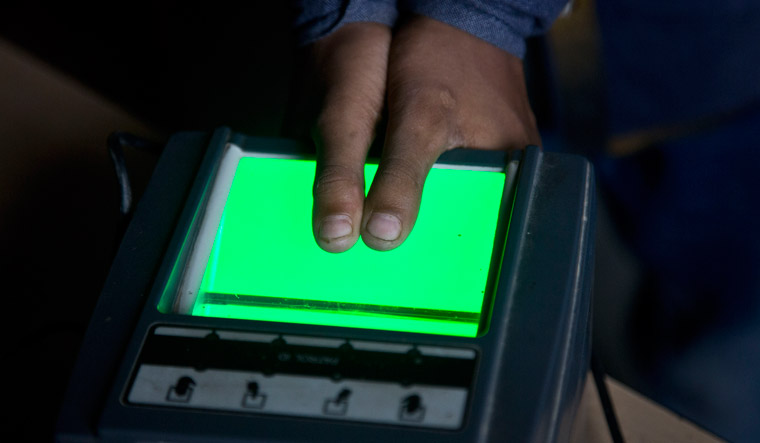 Union Home Minister Amit Shah may be planning a nationwide National Register of Citizens (NRC) to remove illegal immigrants from the country, but it would be the success of the just concluded NRC exercise in Assam that will decide the government's next course of action. Senior government sources said just like the NRC rolling out in Assam, which had been a mammoth exercise, the task of winding up the process is also tedious.

The NRC, which was rolled out over last few years in Assam, has collected documents running into crores of pages, during the process of data collection and identification of applicants. These pages are being scanned and uploaded into a digital database, which will be a confidential database with the central government.

''The idea is to create an Aadhaar-type secure digital database for the NRC,'' said a senior official. It could take a few months to complete the mammoth exercise of putting all paperwork into a secure digital database that will be safe from cyber threats looming in the digital world. Sources said a large number of documents have already been scanned, but a clear policy direction is being formulated by the central government to create a secure Aadhaar-type database.

The central government will be the final custodian of the NRC data, but it is expected that the realms of documents in the form of papers will be put in a safe house in Guwahati instead of transporting them to New Delhi. ''Since the data belongs to the state, it will remain within the state but the central government is its custodian,'' said an official.

For now, these realms of documents, which consist of residents' identity papers, are lying secure in 3,500 odd NRC centres spread across the state. There were 2,500 NRC centres initially and 1,000 more centres were added later. Most of them are being run in offices of district magistrates and tahsildars besides the main state government centre in Guwahati.

With the completion of the NRC exercise, these centres are now in the process of being wound up. The NRC authorities are exploring the possibility of taking out these realms of documents from these local centres to store them in boxes in one main centre in Guwahati.

Besides the huge task of physically securing these data boxes, the next task is to slowly shrink the manpower that was involved in the NRC process. Sources said the 3,500 NRC centres spread across the state were being run by nearly 50,000 people.

Out of these 50,000 people, around 5,000 officials, largely consisting of gazetted officers, are still working for NRC while the rest have completed their service.

These 5,000 officials are in the last leg of their job of handing out rejection slips to the 19 lakh plus applicants whose names are excluded from the final NRC list.

The NRC authorities have a few more months of hard work before this exercise is initiated and completed. Once this is done, the ball is out of the court of the NRC and lands at the doorstep of the Foreigners Tribunal, which will then need to expedite the process of disposal of the cases.

For now, the storage and digitization of the records remains a big challenge for the NRC in Assam. Setting up such a huge digital database on the lines of Aadhaar also brings up memories of the alarm in the beginning of 2018 about a possible data breach that was denied later but had created a huge controversy around how secure are the government databases.

The NRC authorities, meanwhile, claimed that the database is so huge and widespread that all claims of the NRC exercise targeting a certain religion or community are false and expressed confidence that the digital database of NRC will be secure from all threats.