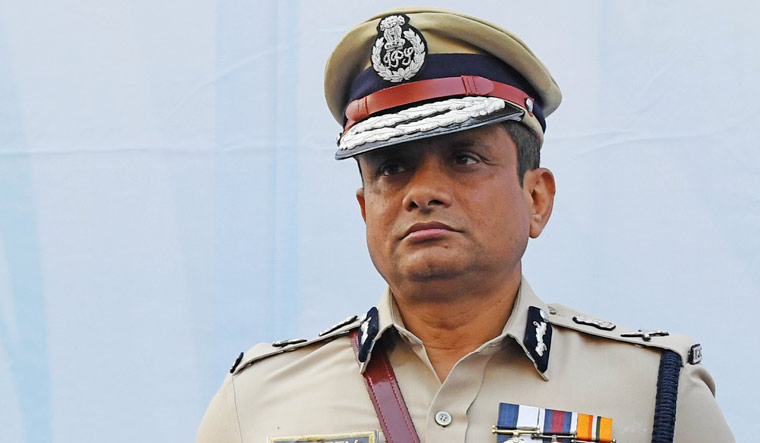 A team of the Central Bureau of Investigation reached the residence of former Kolkata Police Commissioner Rajeev Kumar in the city to arrest him in connection with the Saradha chit fund scam case. The investigating agency also issued a fresh summons to Kumar, asking him to appear before it on Saturday

The agency's move came soon after the Calcutta High Court vacated its order granting protection from arrest to Kumar and rejected his prayer for quashing of a CBI notice that sought his appearance for questioning in the case.

A senior CBI officer told THE WEEK, "Rajeev Kumar has been asked to appear before the investigators. If he does not cooperate, we will have to take him into custody."

For the last two months, hearing on the appeal of Kumar, who is currently the West Bengal CID Additional Director General, seeking protection from arrest was going on in the High Court. The Supreme Court had earlier lifted the bar on his custodial interrogation after gruelling hearing for a fortnight. However, the apex court allowed Kumar to take legal remedies like moving to High Court to seek bail.

Kumar in June went to the High Court's single bench for evasion from custodial interrogation. However, on Friday, the High Court rejected his plea.

Though legal option has not ended for Kumar—he can still move to a division beach of the high court to evade arrest—it depends on when the High Court would take the matter for listing.

Sources said the CBI would like to arrest Kumar before he could move to a division bench for anticipatory bail, similar to what it did in the case of P. Chidambaram.

However, Kumar had gone absconding. Sources said he has been protected by some officers in the same force, as believed by the CBI.

"He always evaded our question in Saradha case. We want him to answer truthfully. Nothing else," said a CBI officer.

Six months ago, the CBI went to Kumar's residence to arrest him. But he, being Kolkata police commissioner, received support from Chief Minister Mamata Banerjee who sat on a dharna for two days. A contempt case is going on in the Supreme Court against top IAS and IPS officers in the state for participating in the chief minister's political sit in.

In the court, the CBI counsel contested, "Why the CM protected him when she did not protect her own ministers who were arrested?"

Kumar, at the behest of the Supreme Court, was also asked to appear before the CBI for interrogation in Shillong in February. But even after 48 hours of interrogation, Kumar did not divulge anything, said the probe agency.