"If Dara Shikoh had ruled India, Islam would have flourished" 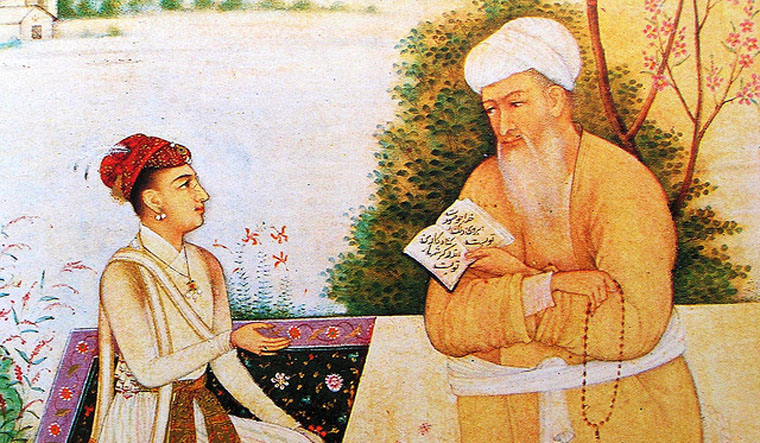 On Wednesday, RSS joint general secretary Krishna Gopal, at an event in New Delhi, made the statement: "I can say with confidence that if Dara Shikoh had ruled India then Islam would have flourished in the country and Hindus would have also understood Islam better." Describing Dara Shikoh as face of inclusiveness, Gopal said he was a true Muslim and translated upanishads into Persian languages. He underlined that inclusiveness and unity have always been integral and essential part of Indian culture. Many people from various countries and religions came to India and this country made them their own, he said. On the same day, the minority affairs ministry announced it will stage a play based on the life of Mughal emperor Shahjahan's son Shikoh in various parts of the country to promote his inclusive ideas. Union minister Mukhtar Abbas Naqvi said the Mughal prince was a victim of planned conspiracy by some historians who committed a sin of erasing and destroying his message and thinking of "Hindustani culture and tradition" from the pages of history.

He said violence and oppression were committed by "anarchist, violent and cruel ruler like Aurangzeb was glorified by group of Islamist fanatics, leftist and so-called secular historians". Aurangzeb's philosophy was to destroy human values and India's sanatan sanskriti, Naqvi said, adding this same thinking gave birth to terror organisations like Al Qaeda, ISIS, Jaish-e-Muhammad and Lashkar-e-Taiba. So, what explains this renewed interest towards the elder brother of the "tyrannical" Aurangzeb? It is certainly nothing new. In 2017, after a proposal put forward by BJP MP Meenakshi Lekhi, the NDMC had renamed Dalhousie Road in the national capital as Dara Shikoh Road. "The council has decided to rename the road to honour Dara Shikoh for bringing Hindus and Muslims together," Lekhi had then said.

So, who was Dara Shikoh? Shahjahan's heir apparent was a poet and a scholar of Sanskrit, studied the Vedantic philosophy in detail, and was of the firm belief that the upanishads were the 'hidden books' which the Quran spoke of. He wrote a work called the Majma-ul-Bahrain (Meeting of the Two Oceans) in which he concluded that the difference between Islam and Hinduism was merely verbal. He sought the company of brahmins, yogis and sanyasis, and used to wear a ring with the word Prabhu inscribed on it. Shikoh was a man who once wrote: "Paradise is where no mullah exists, Where the noise of his discussions and debate is not heard". After Shahjahan fell ill in 1657, a bitter feud over the throne erupted between Shikoh and Aurangzeb—the latter succeeding in his bid. Shikoh was executed in 1659, and his writing the Majma-ul-Bahrain one of his crimes. His younger brother served Shikoh's head on a platter to Shahjahan, and imprisoned the latter. A reason for his swift execution could also be that Shikoh was a very popular ruler. “From every quarter," wrote François Bernier, who was Dara’s personal physician for a brief period, on his capture by Aurangzeb, “I have heard piercing and distressing shrieks. Men, women, and children wailing as if some mighty calamity had happened to themselves." Dara translated the upanishads from Sanskrit to Persian, which a century later allowed Voltaire in France to immerse himself in Indian wisdom, wrote historian Manu S. Pillai, author of The Courtesan, the Mahatma and the Italian Brahmin.

In March 2017, Lekhi, in an article written for THE WEEK, lambasted "attempts to humanise tyrants [Timur and Aurangzeb] by justifying the thought behind their acts of zealotry. They do so without understanding the enormity of the atrocities committed by the tyrants. Celebrating savagery and intolerance is unacceptable to the idea of India. Modern world is witnessing the crude brutality of ISIS, but India has witnessed similar savagery for centuries."

"By humanising the tyrants," she wrote, "such people are doing injustice to historical figures who have contributed to preserving our country’s culture. Take Dara Shikoh, the eldest son of Shah Jahan, for instance. An intellectual who put in a lot of effort to promote discourse, peace and concord between Hindus and Muslims, Dara Shikoh authored many books, and encouraged debates and discussions between pundits and maulvis on religion. He encouraged the celebration of Hindu festivals, and participated in them himself. He passionately promoted unity and universal brotherhood. Had Dara Shikoh become king instead of Aurangzeb, the persecution committed during Aurangzeb’s reign could have been avoided. Dara Shikoh has not received the glory that he deserves because too much emphasis is laid on Aurangzeb’s rule."

What would have happened if Shikoh was ascended the Throne is another question entirely. Would the Sikh-Mughal dynamics have been different entirely? Jahangir had killed the fifth Sikh guru Arjan Dev, and the ninth guru Tegh Bahadur was executed by Aurangzeb. This had led to the massive militarisation of the Sikh religion, and the formation of the Khalsa, under Guru Gobind Singh. But, Shikoh would have been "disastrous" and every bit as "cruel and prone to violence" as Aurangzeb, historian Audrey Truschke argued. "Dara Shikoh would have been every bit as cruel and sort of prone to violence as Aurangzeb," she said in an interview to PTI. "He would have killed all of his brothers as well... Aurangzeb killed two of his brothers, the only reason why he didn't kill the third because he couldn't find him. And Dara, he wouldn't have been any different. In fact, historians think that Dara probably had plans to murder his three brothers, sort of pre-empted in the early 1600s which never came through," she said. "He was terrible... he could not run a military operation even to save his own life as the case turned out. That was a problem. Mughals were an expansionist dynasty, you had to conduct military operations successfully. So in short I can say Dara as an emperor would have been disastrous," said Truschke.