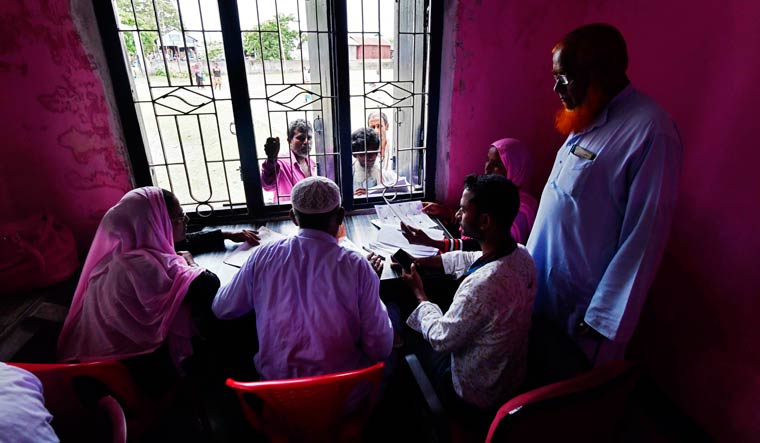 The Jamaat-e-Islami Hind announced on Tuesday that it would provide free legal aid to those who have been excluded from the final list of Assam National Register of Citizens (NRC).

Expressing concern over the exclusion of nearly 20 lakh people from the NRC, the Jamaat also opposed extending the exercise to other states. Addressing a press conference in the national capital, JIH vice-president S. Ameenul Hassan said, "We feel that many could not make it into the list because of minor inaccuracies in their documents. Jamaat will offer free legal aid to those excluded from the NRC, irrespective of their religion, caste and creed."

"We oppose extending the NRC process to other parts of the country. The government should focus on core issues of welfare and development," he said.

In response to a question, JIH secretary for community affairs, Malik Mohtasim Khan, said the NRC list was a fitting reply to those who were saying that Assam has 40 lakh infiltrators. "The NRC is a relief to the people of Assam. We demand that the government must provide reasons for exclusion in writing to those who could not find their names in this final list. We also expect that the government will not render these nearly two million citizens 'stateless' as it will be very damaging for India’s image in the international community," he said.

Those excluded from the NRC have 120 days to appeal before the Foreigner’s Tribunal and can further go to the Guwahati High Court and even the Supreme Court if they are not satisfied with the verdict of the tribunal.

Jafar said the government must restore normalcy in the state as soon as possible by withdrawing the heavy military presence, uplifting the communications blockade and restoring democracy by allowing popular government to come to power.