After Assam NRC, WB BJP demands a similar exercise in the state 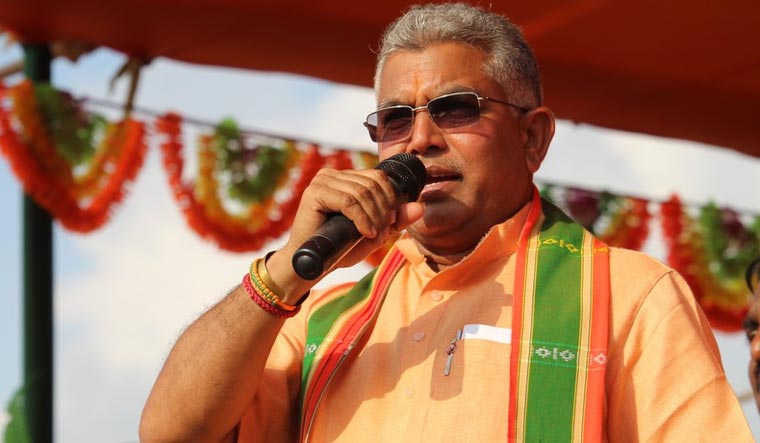 Hours after the updated National Register of Citizens (NRC) for Assam was published, West Bengal unit of the BJP demanded the similar exercise in the state.

Nineteen lakh people have been excluded in the final list of the Assam NRC even as a considerable number of people felt relived as an earlier draft list had excluded as many as 41 lakh people.

While many political parties in Assam appeared to be happy with the NRC list, a jubilant BJP in West Bengal urged Home Minister Amit Shah to implement such an exercise in Bengal.

West Bengal BJP president Dilip Ghosh told reporters that there was an urgent need to have NRC in Bengal. “I would say the situation is far more problematic in Bengal. In fact, it is a dangerous situation in the state. The home ministry can visit Bengal border and get a sense of how the state has seen a demographic change. There is an immediate need of NRC in Bengal,” he said.

The Bengal unit of the party is aware that the Assam NRC happened because it was part of the conditions laid down by the Assam Students Union during Assam Accord signed by them with government of India in 1985.

“Even then, realising the situation in Bengal, home ministry can deliver such an exercise here. In fact, the home ministry stated in Parliament that the government would drive out foreigners from every corner of India,” said Ghosh.

However, Ghosh’s demand attracted strong reactions from various quarters, with cabinet minister Firhad Hakim calling the NRC exercise in Assam a move against humanity. “They would have to make course correction in Assam as we all would oppose it. They should not even try to implement it in Bengal. We would not allow such a thing happen here under any circumstances,” he said.

Calling NRC list a violation of human rights, Mohammed Salim, CPI(M) politburo member, demanded an all-party meeting over the NRC issue. “India is not known for keeping lakhs of people in concentration camps,” he said.

Years ago, the Union home ministry had admitted that there has been large-scale migration to West Bengal, which continued even after March 24, 1971, the deadline fixed by Assam Accord.

The ministry revealed in the Parliament years ago that there are over one crore people who migrated to India and 60 per cent of them are staying in West Bengal. However, the ministry could not come up with a detailed report on the same. Mamata Banerjee, who was an MP then, walked out of the Lok Sabha, demanding the exclusion of infiltrators from West Bengal “which constituted the vote bank of a left front”.

“But situation turned completely different now. The same person has become chief minister and she said she would not let NRC happen in Bengal. This is called twist of fate,” said Biswapriya Roychowdhury, state vice-president of BJP.