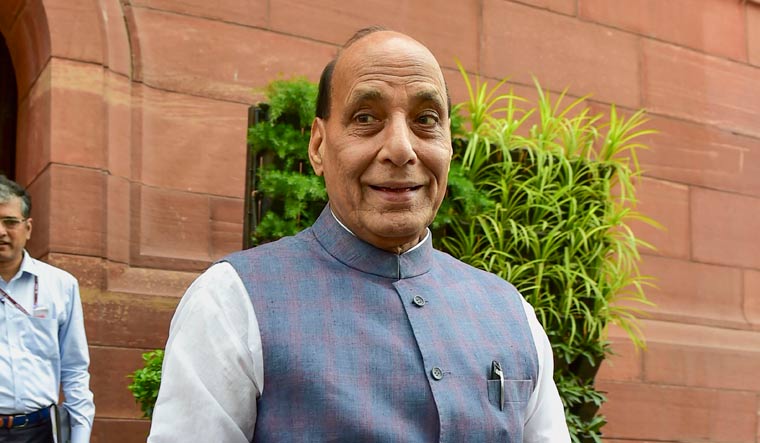 Defence minister Rajnath Singh, on his maiden foreign visit (as defence minister), assured Mozambique that India will cooperate with the southern African nation in the fight against terrorism and radicalisation. Singh returned from his three days official visit to Mozambique, where he held multiple rounds of meetings with the leadership on strategic interest.

Singh's visit was the first such by an Indian defence minister to the African nation, which observers feel is already a bit late. China has already expanded its footprint in the southern African nation as China is now the largest financier and builder of infrastructure in Mozambique. The Chinese investments may amount to more than US $100 million in Mozambique.

According to a statement by the ministry of defence, Mozambique sought cooperation from India to deal with the growing menace of terrorism and radicalisation. Though the Indian statement did not mention any specific group, the pledge comes after the Islamic State announced its presence in Mozambique in June. Singh was briefed by his Mozambique counterpart on the internal security situation and the ongoing Disarmament, Demobilisation, and Reintegration (DDR) process.

Rajnath Singh "assured cooperation and reiterated commitment to work together in this regard". He also announced assistance of communication equipment and highlighted the importance of working together to prevent non-traditional threats like smuggling, terrorism, piracy, poaching, etc. and overall cooperation in the maritime domain.

Rajnath Singh held a meeting with Carlos Agostinho do Rosario, the prime minister of Mozambique, who thanked India for timely and valuable assistance in the aftermath of Cyclone IDAI and underlined that India was the first responder in the hour of crisis.

After the bilateral talks with minister for interior, Rajnath Singh gifted 44 SUVs. The SUVs are expected to boost safety and security of the police forces.

During the visit, India and Mozambique signed two MoUs—agreement on sharing white shipping information and co-operation in the field of hydrography—which will further strengthen defence co-operation between the two countries and result in enhanced security in the Indian Ocean Region.

On day one of his arrival, Rajnath Singh addressed a gathering of Indian diaspora and interacted with the community.