Lok Sabha to be in session for continuous 28 hrs, create history 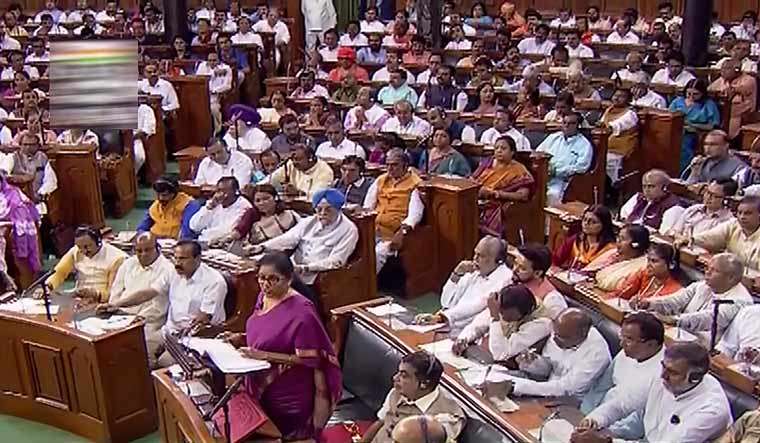 The Lok Sabha will create a record of sorts as it will be in session for continuous 28 hours till 3 am on Friday to hold discussion on the railways. At the end of the debate, Railways Minister Piyush Goyal is expected to reply.

Speaker Om Birla has extended the time of the house to complete discussion on the demand of grants for railways. The marathon session has given an opportunity for most of the new members to speak and participate in the debate. It is the first session of the new Lok Sabha. Since the merger of the railway budget into the general budget, many MPs felt that they lost an opportunity to express the demands of their constituencies with regard to the railways. The railway budgets in the past used to evoke keen interest as the public transport directly impacted the lives of people.

Sources said the Lok Sabha might again extend the timing of sitting of the house in the coming days to finish business. At the end of the discussion on demand for grants, the finance bill will be passed. In the past also, the Lok Sabha had sat past midnight to finish the agenda of the day. On Thursday, the proceedings of the house began at 11 am.

The discussion on the demand for grants began with Congress MP Adhir Ranjan Chowdhury questioning how the government would invest so much money when they do not not have resources. “Will you sell railways assets or privatise?,” Chowdhury asked. He questioned the high operating ratio of 98.4 in running the public transport services.

Chowdhury, who was the minister of railways during the UPA regime, also castigated the government over its alleged attempt to privatise the railways.

The BJP members were full of praise for the facilities being created to modernise the railways network. Party MP Sunil Kumar Singh said on all the parameters—be it cleanliness, punctuality or speed—the railways have improved in the last five years.