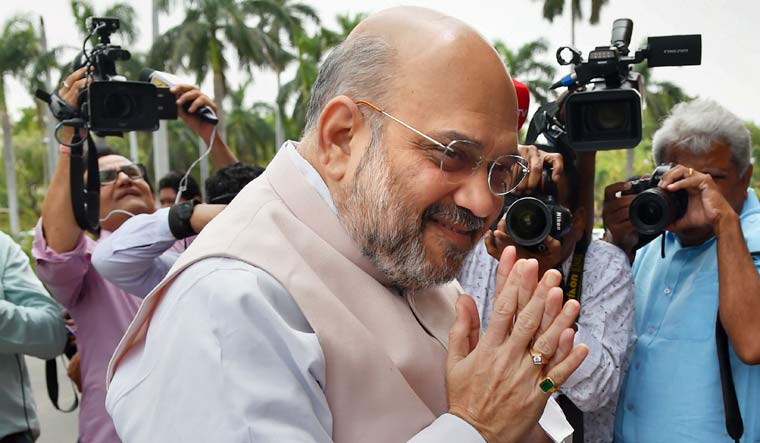 Kashmiri Pandits have welcomed Union Home Minister Amit Shah's statement on Article 370 of the Constitution where he calls the provision “temporary in nature”.

They further said the time was ripe for the provision to scrapped.

In a statement in Jammu on Saturday, Panun Kashmir, an organisation of migrant Kashmiri Pandits, said they have complete faith in the abilities of Shah to deliver a mortal blow to the sponsors of terrorism in the Valley and under Shah the Kashmiri Pandits would finally be rehabilitated in their more than 5,000-year-old home.

Shah, on Friday, had said Article 370, which provides special status to Jammu and Kashmir, was “temporary in nature” and “not permanent”.

“The expression of the home minister in the Lok Sabha is a statement of truth and most heartening. We say Article 370 has to go eventually and the time is now. This article was instrumental in creating alienation in a section of Kashmiri Muslims and encouraged Pakistan to sponsor terrorism in the state,” the Panun Kashmir statement read.

It said Amit Shah's “terrorism would be crushed in Kashmir” statement indicates the right strategy for the region.

“Terror and talks cannot go together. The policy has paid dividends as Pakistan is virtually isolated and bankrupt and is begging for talks,” it said, adding the Pandits have been the “worst victims” of Pakistan-sponsored terrorism resulting in their exodus.

“It is time to make a comprehensive plan for their permanent settlement in Kashmir in accordance with their wishes and aspirations,” it said.