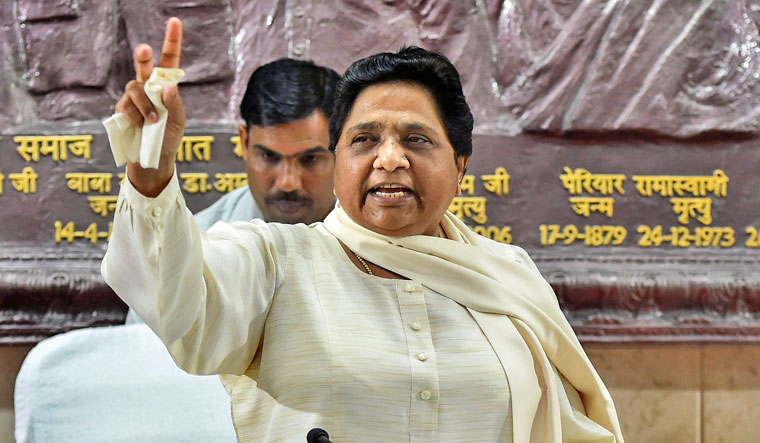 BSP chief Mayawati on Sunday appointed her brother Anand Kumar as the party's national vice president and her nephew Akash Anand as its national coordinator, a senior leader said.

She also appointed BSP leader Ramji Gautam as the party's national coordinator. The decision was taken at a meeting here which was attended by top functionaries of the party.

Amroha MP Danish Ali has been made the leader of the party in Lok Sabha and its Nagina MP Girish Chandra has been appointed the chief whip, he said.

The elevation of Anand's son Akash is being seen a sign as his growing influence in the party affairs.

The suave 24-year-old, who is now a regular in BSP's official engagements, was introduced to party leaders by Mayawati in 2017 when she told them that he had returned from London after doing his MBA and he would look after the party affairs.

Akash, the son of her younger brother Anand, made his public debut in May 2017, when he accompanied Mayawati to Saharanpur. In September 2017, he shared the stage with her and his father at a Meerut rally.

After an alliance with the Samajwadi Party for the 2019 Lok Sabha polls, Akash became more active and was credited with launching Mayawati on Twitter.

He was seen with his aunt during election rallies. On April 16, after the Election Commission banned Mayawati for campaigning for 48 hours over a Model Code of Conduct violation, Akash also addressed a rally with SP chief Akhilesh Yadav and RLD chief Ajit Singh in Agra.

Uttar Pradesh will witness bypolls on 12 assembly seats and Mayawati's attempt is seen as an attempt to strengthen the organisation after its "unexpected" performance in Lok Sabha polls in which the party won 10 seats.