Online sale of e-cigarettes to be banned in Gujarat

E-cigarettes are banned in 12 Indian states 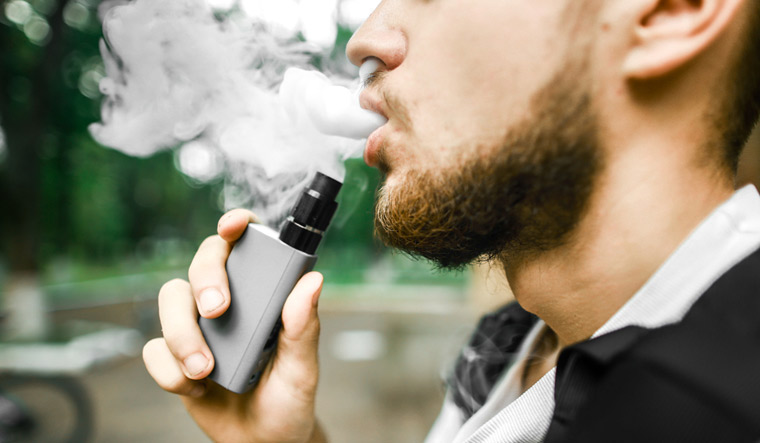 The Gujarat government is mulling a ban on online sale of e-cigarettes considering its health hazards.

Home Minister Pradipsinh Jadeja said in Gandhinagar on Wednesday that the state government would ban the online sale of Electronic Nicotine Delivery Systems (ENDS). He said that necessary changes would be made to the prevailing laws.

Currently, e-cigarettes are banned in 12 Indian states and 36 countries, according to the Gujarat government.

Jadeja said that various researches have established that e-cigarettes contain chemicals that damage the lungs. Certain other materials in the e-cigarettes can also cause cancer, he said, adding that these type of cigarettes also contain nicotine.

Youngsters get addicted to it and would hamper the growth of those around 20 years of age, said Jadeja. Smoking e-cigarettes has become a hobby and it is a cause of concern, the minister added.

While Jadeja did not mention the time line for making changes in the existing laws, he said that the state government was committed towards taking strict action against those indulging in sale of narcotics.