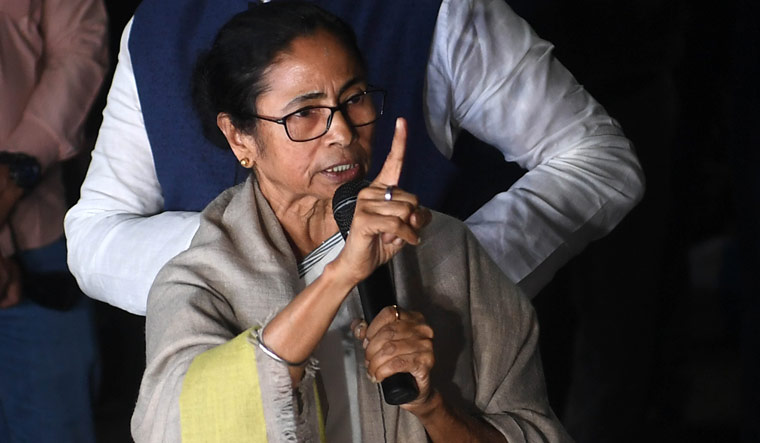 Banerjee alleged the strike by junior doctors was a conspiracy of the BJP and CPI(M). She also claimed “outsiders are disrupting services at medical colleges and hospitals” and ordered police to ensure only patients got to stay in the hospital premises. The striking doctors raised slogans demanding justice when Banerjee arrived.

Health services at state-run facilities have been severely disrupted since Tuesday on account of the protests.

The doctors at SSKM and other major state-run hospitals across West Bengal have been protesting since Tuesday after two junior physicians at the NRS Medical College and Hospital in Kolkata were assaulted by a group of people protesting against the death of an elderly patient there. The patient, Mohammed Sayeed (74), died on Monday night while undergoing treatment at NRS Hospital. His family alleged the doctors had delayed attending to Sayeed.

Banerjee holds the health portfolio in West Bengal and the striking doctors had sought that she address their demand for better security. Banerjee deputed the state's minister of state for health Chandrima Bhattacharya to meet striking doctors at NRS Hospital. However, the doctors refused to budge.

The attack on doctors at NRS Hospital and the subsequent protests across the state have exacerbated the increasingly volatile political situation in the state. The BJP alleged the incident at NRS Hospital was a result of the “appeasement” politics of Banerjee's government, noting that the perpetrators of the attack on the two doctors there were Muslims.