No change in Congress leadership in Rajasthan: State AICC in-charge 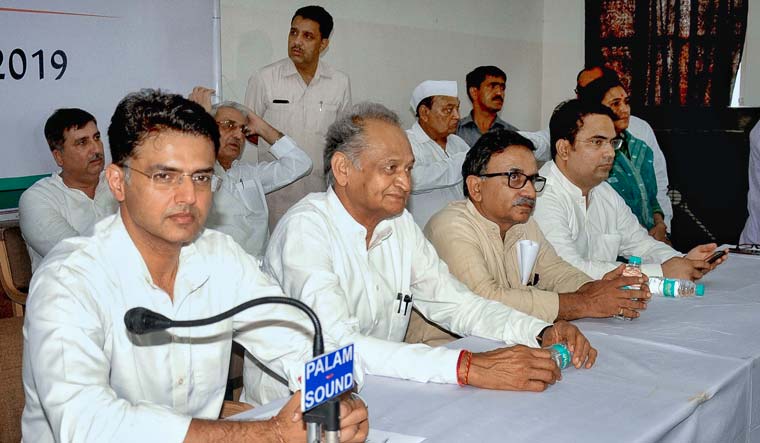 AICC general secretary in-charge of Rajasthan Avinash Pande on Wednesday rejected speculation about changes in the leadership in the state in the wake of the Congress debacle in the Lok Sabha elections.

"There will be no change in the party leadership in the state," Pande said.

The Congress, which came to power in the state in December last year, could not win even a single seat in the recently concluded Lok Sabha polls. This gave rise to speculation in political circles that the Congress might effect some changes in leadership in the state, including possibly replacing Ashok Gehlot as chief minister.

When asked about the resignation of Agriculture Minister Lalchand Kataria, Pande told reporters that he had no such information.

In a purported press release, circulated on social media on Sunday, Kataria announced he would resign as minister following the Lok Sabha election results. However, the Chief Minister's Office and Raj Bhawan did not confirm any resignation and the minister is also not reachable.

Pande was in Jaipur for the Congress state executive committee meeting. The committee passed a resolution expressing faith and confidence in the leadership of Rahul Gandhi, who had offered to quit as party president, taking responsibility for the Lok Sabha election defeat.