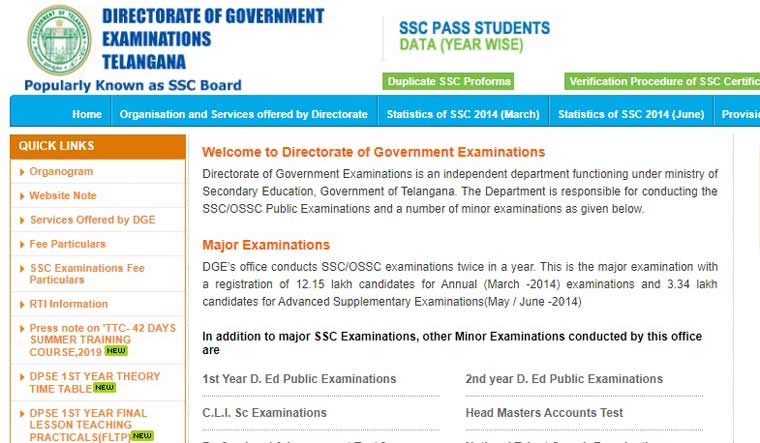 After 20 students committed suicide in Telangana over a botched results declaration for the class 11 and 12 intermediate examinations, the Telangana state board website has seen a flood of applications for re-evaluation.

According to reports, over three lakh students failed the examination. Chief Minister K. Chandrashekar Rao has instructed the Telangana State Board of Secondary Education (TSBSE) to carry out free re-verification and re-counting for students who have failed the exams. However, for students who have passed but who still see discrepancies in their marks, the expected process would continue for a fee.

B. Jayaprada Bai, a state district intermediate education officer, later clarified to Times of India that re-evaluation—where a paper would be remarked by an invigilator—would not be carried out. Re-verification and re-counting only ensures that all the answers were marked and all the marks were tallied appropriately.

A collection of opposition parties including the Congress, CPI, Telangana Jana Samiti (TJS) and Telugu Desam Party (TDP) have asked the Governor to order an inquiry into the marks fiasco, and to have the state board announce an ex gratia compensation of Rs 25 lakh for all the families of students who have committed suicide.

According to the website—which students have reported as going down repeatedly due to the huge traffic received—30,569 applications have been submitted for re-verification and 5,939 for recounting.

Students and parents have taken to protests across Telangana.