This is the first 'Hinduised' election in Rajasthan's Barmer: Manvendra Singh 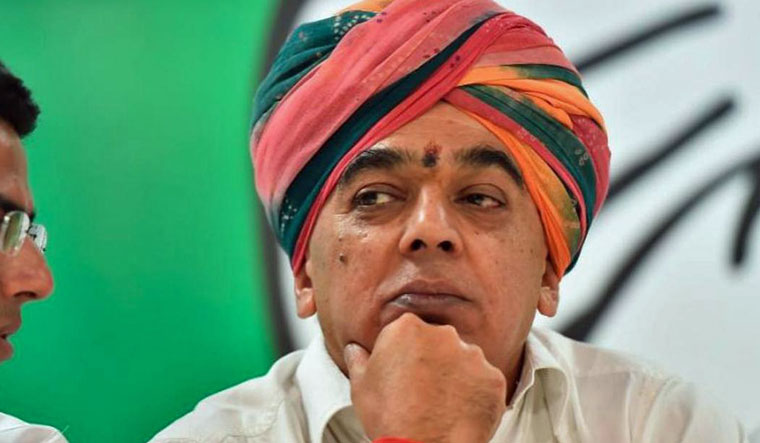 Manvendra Singh's campaign in Barmer, Rajasthan, focuses on local issues, most importantly, water. The Congress leader says the Bharatiya Janata Party's campaign on nationalism does not have any resonance in the constituency although it lies near the border with Pakistan.

Manvendra, son of veteran leader Jaswant Singh, had quit the BJP some months back to join the Congress. Jaswant's political legacy is an unstated but integral part of Manvendra's electoral mission.

The BJP is running a campaign based on nationalism. How are you countering it?

Nationalism is not an issue in the border areas. It is appealing to the people only in cities. It is more prevalent on social media than on the ground. Here, in Barmer, it has no resonance. The BJP talks about national security. There is no insecurity at the borders here. Naxalism is a bigger danger to our security.

So what are the main issues in Barmer?

The most important issue here is water. Women walk for hours every day to collect water. The main demand of the people is potable water. They want us to tell them about what concrete steps can be taken to alleviate their water issues.

What is the impact of NYAY?

There is a lot of interest surrounding NYAY. And it is the second most important thing that the Congress campaign here focuses on. The first is water. The centrepiece of my campaign is water. And NYAY basically forms the larger picture of my message. Interestingly, before NYAY was announced, I had said at a meeting in Barmer that the future government will give them nyay, as in justice.

Are there any special initiatives to reach out to the young voters?

I don't believe in building compartments in my outreach programme. But yes, when I speak about local issues, unemployment is one of the biggest concerns here. The youth of this region want employment opportunities since there is very little farming in this arid region.

How do you look at your rival Kailash Choudhary?