The youth allegedly misbehaved with the actor-politician 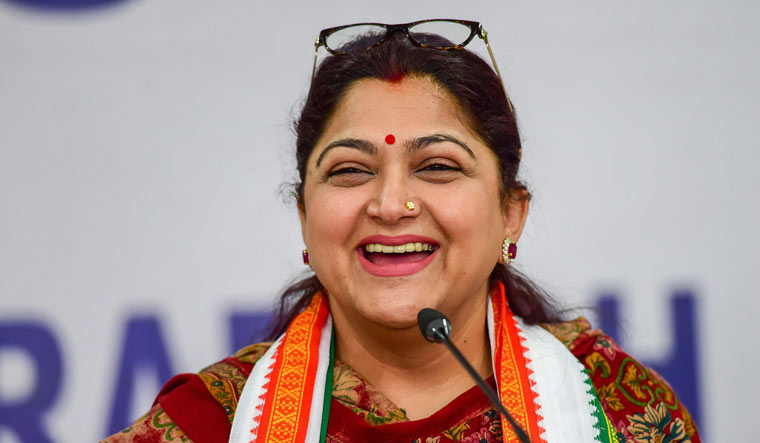 Actor-turned-politician and Congress leader Kushboo Sundar slapped a party worker who allegedly misbehaved with her during an election campaign in Bengaluru. The incident happened on Wednesday when Kushboo was campaigning for Bangalore Central Congress candidate Rizwan Arshad.

A video of the incident that has since gone viral on social media shows that the actor-politician making her way through a crowd towards her campaign vehicle and suddenly turning and slapping a man. Rizwan and Shantinagar MLA Nalapad Ahmed were also present at the spot.

The youth who allegedly misbehaved with Kushboo was whisked away by police. However, reports say no case has been filed against him.

Kushboo herself has retweeted a number of tweets sharing the video of her slapping the youth.

“This is called Kapala Moksha in Kannada. @khushsundar slapped a man who tried to misbehave with her while campaigning for Bengaluru Central Candidate. Even few lady reporters who are subjected to this kind of harassment should learn from Kushboo,” read one tweet which was retweeted by her.

Kushboo is Congress’ one of the 40 star campaigners for Lok Sabha elections in Karnataka.