Modi is our daddy, in absence of amma: AIADMK minister 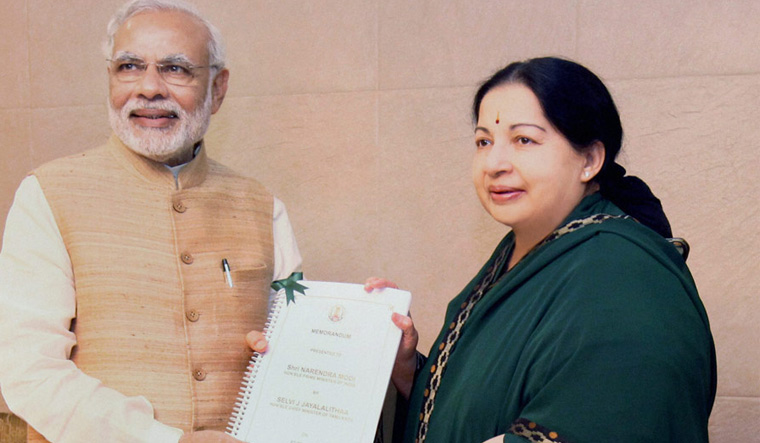 The phenomenon of the cult of personality has, apparently, not disappeared from the ruling AIADMK in Tamil Nadu, despite the death of J. Jayalalithaa, who was fondly referred to as amma (mother), in late 2016.

On Saturday, Tamil Nadu Minister K.T. Rajendra Balaji introduced a new object of veneration: Prime Minister Narendra Modi. Balaji, who is minister for milk and dairy development, referred to Modi as “daddy” in an interaction with journalists in Virudhunagar district. When asked how the AIADMK could forge an alliance with the BJP as Jayalalithaa had resisted doing so, Balaji replied, Modi was the “father” of the AIADMK cadre.

Balaji was quoted by ANI as saying, “When amma was alive, she was in full control; her decisions were her own. So, it was different, but in today's context, due to the absence of amma, Modi is our daddy. He is India's daddy. So we have accepted his leadership.”

The AIADMK, under Chief Minister Edappadi Palaniswami and Deputy Chief Minister O. Panneerselvam, is perceived to have gotten very close to the BJP and the Narendra Modi government in the wake of Jayalalithaa's death. This has been attributed to the need for assistance during the struggle for much of 2017 to wrest control of the party from Jayalalithaa's companion V.K. Sasikala, and her nephew T.T.V. Dhinakaran.

In fact, the Congress accused the AIADMK of intentionally disrupting Parliament in 2018 to avoid discussion of a vote of no-confidence against the Modi government.

The BJP and AIADMK finalised their alliance in February, along with the DMDK, PMK and other smaller parties to contest the 40 Lok Sabha seats in Tamil Nadu.