Pakistan had denied any casualty in IAF strike 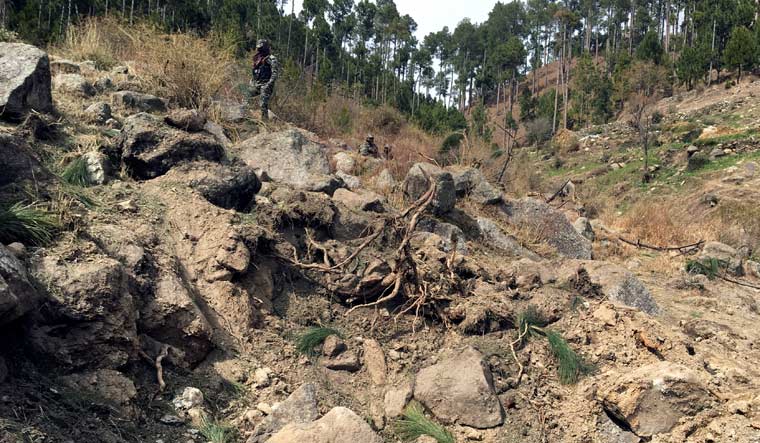 A Pakistan army soldier walks near to the crater where Indian aircrafts released payload in Jaba village, Balakot | Reuters

Amid debates over the casualties in the counter-terror operation carried out by the Indian Air Force at Balakot in Pakistan, an Italian journalist has claimed that Pakistan army carried away at least 35 dead bodies from the spot.

India's Foreign Secretary Vijay Gokhale had claimed that “a very large number of” terrorists and trainers were killed in the IAF operation, with national media reports even claiming over 300 people had lost their lives. However, Air Vice Marshal R.G.K. Kapoor said it was "premature" to provide details about casualties.

On Monday, Air Chief Marshal B.S. Dhanoa said the death toll depends on the number of people present at the target.

Pakistan has rejected Indian claims and said the operation was a failure that saw the IAF jets bomb a largely empty hillside without hurting anyone. The JeM terror group has admitted that India attacked its centre in Balakot, but claimed that were no casualties in the air strikes.

Marino, however, said that the dead included 12 young trainees of the JeM, who had all been sleeping in the same area. A JeM trainer called Mufti Moeen and a bomb expert called Usman Ghani were among those killed, she added.

Marino had earlier written in an Indian newspaper that credible eyewitnesses state that they saw up to 35 bodies being transported away from the site, just hours after the strike.

“...the area had already been cordoned off by then by the army, who did not even allow police to enter. The army also took away mobile phones from the medical staff on the ambulances," she had said.