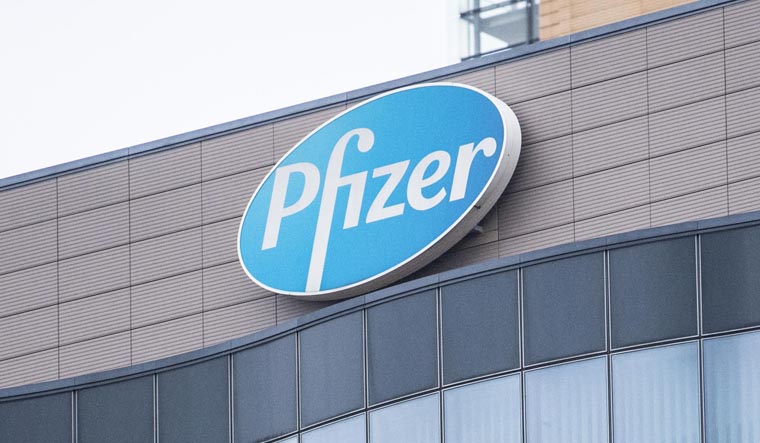 A collaboration between a government body and a pharma giant has triggered the ire of an RSS-frontal organisation. The Swadeshi Jagran Manch (SJM) has written to the Union Health Minister J. P. Nadda pointing out the apparent “conflict of interest” in a project run by the Indian Council of Medical Research (ICMR) to combat anti-microbial resistance (AMR), that is being funded by the pharma giant Pfizer.

AMR is defined as the resistance of a microorganism to an antimicrobial drug that was originally effective for treatment of infections caused by it. A recent report by the Centre for Disease Dynamics, Economics and Policy suggests that, in India, over 50,000 children die due to antibiotic resistant infections. Very few new antibiotics are in the pipeline, and hence it is important to use the existing drugs judiciously, experts say.

Such treatment failures also lead to longer periods of infectivity, increasing the number of infected people in the community. This, in turn, exposes the general population to the risk of contracting a resistant strain of microorganisms.

“As they become resistant to first-line antimicrobials, the forbidding high cost of the second-line drugs may result in failure to treat these diseases,” according to the ICMR’s guidelines that were released for hospitals across the country, last year. “The guidelines include detailed instructions on drug selection, dosage and duration for anti-microbial drugs, especially inside ICUs. Hospitals can also refer to it for processes related to disposing off antibiotics that have not been used,” an ICMR spokesperson had told THE WEEK last year.

However, the SJM has raised concerns over the Pfizer-funded project through which ICMR experts aims to address the issue of AMR. In a letter addressed to Nadda, the SJM has pointed to the use of “surveillance data” generated by the ICMR. “The surveillance data generated by the ICMR network is used for policymaking process...The network will [now] be utilised by Pfizer to generate data that can preferentially help the company to conduct post-marketing surveillance of its own products. The company will influence the committee members to develop training programs and academic modules that favour the company products,” Dr Ashwani Mahajan, all India co-convenor, Swadeshi Jagran Manch, said in his letter to the minister.

The ICMR is currently supporting the surveillance, infection control and antimicrobial stewardship through a network of 20 hospitals across the country."As part of the ICMR-Pfizer collaboration, it is proposed to expand the surveillance and stewardship efforts to the nursing homes /district hospitals,” Mahajan said in the letter. Through this project, Pfizer will "utilise the ICMR’s AMR division to influence experts, individual doctors, institutions, medical societies and the Drugs Controller General of the country,” the letter stated.

This, the SJM said, would amount to using the ICMR-AMR division as an "extension of the marketing" activities done by Pfizer for the promotion of its products.

However, a Pfizer spokesperson told THE WEEK that the collaboration to combat anti-microbial resistance with ICMR was part of the company’s “Corporate Social Responsibility (CSR) initiative”. “The project is being run entirely by ICMR and governed by an advisory committee of experts drawn up by ICMR. All activities pertaining to stewardship and strengthening surveillance will be designed and implemented independently by ICMR. Pfizer will not have privileged access to any data generated through any of ICMR’s surveillance initiatives,” the spokesperson said.

The spokesperson said that the company’s intent through this campaign is to raise awareness on AMR and the indiscriminate and improper use of antimicrobials, which is known to be a leading cause of AMR. “As one of the original signatory companies of the Davos Declaration on Combating AMR, we are proud to be at the forefront of global and national initiatives to tackle the issue of antimicrobial resistance—an issue that requires multiple collaborative public-private efforts to meaningfully address,” the spokesperson said.

The idea behind funding the project was to generate awareness about rational use of antibiotics, not promote the use of any drugs manufactured by Pfizer, the spokesperson added. In its letter, SJM has also stated that the ICMR has no fund crunch to work on the issue of anti-microbial resistance. “Though ICMR follows the practice of asking for CoI(Conflicts of Interest) disclosures for research projects, this was not followed in the case of committee members involved in the Pfizer collaboration. NCDC, the nodal agency for coordination of National action plan is not involved in the Pfizer collaboration,” the letter said. “To eliminate or at least reduce CoI (Conflicts of Interests), no single company should be selected as a partner to a specific AMR-related educational or surveillance activity.

All members of the ICMR-AMR committee and other individuals involved in the surveillance and educational activities of the network, whenever there is a direct or indirect industry involvement, must disclose their conflicts of interest, in the WHO-COI disclosure format.”

The ICMR has not yet responded to the WEEK’s query on the issue.