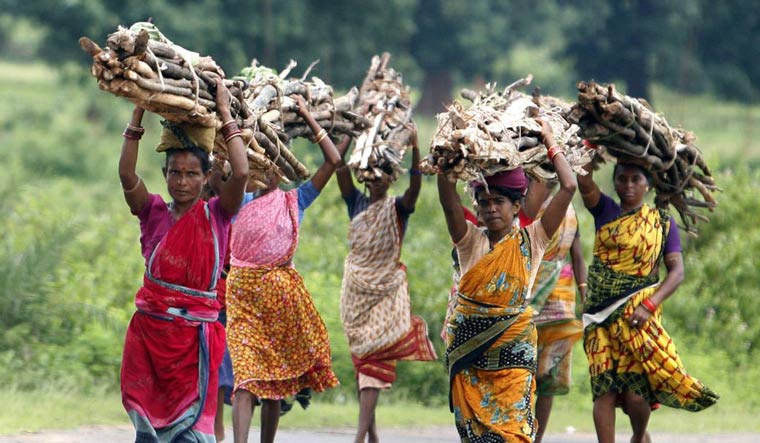 Supreme Court has ordered the eviction of over one million forest dwellers, after it rejected their ownership claims on the land | Reuters

The Supreme Court order to evict over 10 lakh forest dwellers after rejecting their ownership claims on the land has sparked off much political activities in 17 BJP and Congress-ruled states. These states are now planning to file review petitions in the apex court taking up the cause of the tribals.

As the Lok Sabha elections are around the corner, such a large scale eviction of tribals might trigger a major agitation which the mainstream parties could not afford at this juncture. A day after the court order was posted on its website, Congress president Rahul Gandhi asked his party ruled states to take corrective measures, even as he accused the BJP of overlooking the interests of the tribals.

Both Congress-ruled Chattisgarh and Madhya Pradesh, which have significant population of tribals, decided to take action with the former setting up a committee to study the SC order while the latter indicating that it would send its own lawyer to the court on next hearing.

Realising the political cost of tribal eviction, the BJP has also swung into action. Party chief Amit Shah on Monday spoke to all the chief ministers of the party ruled states and asked them to file review petitions. “The states will be soon filing review petition and care will be taken to safeguard the rights of our tribals and prevent eviction. The BJP remains committed to the upliftment of our tribal brothers and sisters and we will do everything to protect their rights. I would also urge them to not fall in the trap of rumours,” Shah said.

The BJP had a reason to worry as RSS frontal organisation, Vanvasi Kalyan Ashram, passed a resolution on Sunday saying the state and the central governments had not been able to present a correct picture in the court. “This will cause a lot of injustice to tribals who are already facing exploitation for the past several decades. We request the central government to either bring an ordinance or file a review petition in the court,” Vishnukant, joint general secretary of the Vanvasi Kalyan Ashram said.

The Forest Rights Act has been a topic of debate between the forest rights activists and those trying to protect the wildlife. The UPA government had maintained that the act was to protect the rights of forest dwellers. When Rahul batted for the tribals, he seemed to follow the footsteps of his mother Sonia Gandhi, who had pushed for the Forest Rights Act. Congress also had traditional following among the tribals.

The BJP would not like to see itself on the wrong side of the public opinion when it comes to a sensitive issue like eviction of 10 lakh tribals, especially in an election year.