Rs 84 crore was used for media and publicity 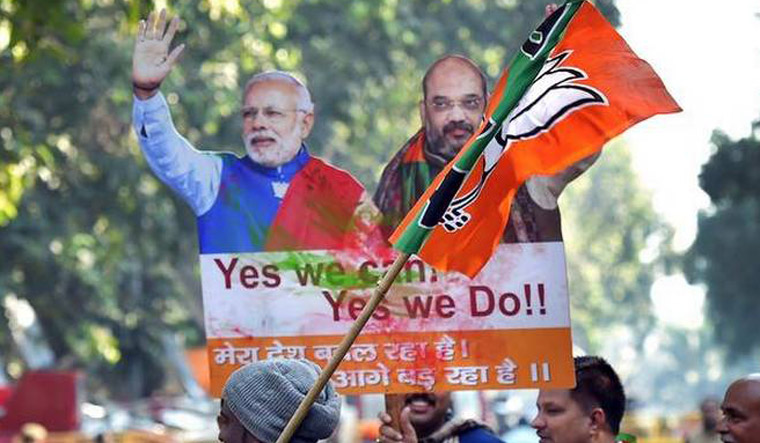 The BJP has spent over Rs 122 crore to contest assembly elections in Karnataka, with more than Rs 84 crore used for media and publicity, according to the expenditure details submitted by the party to the Election Commission.

The party incurred an expenditure of another Rs 14 crore for contesting similar polls in three northeast states.

It recently submitted 'election expenditure statements' for polls in four states and said it has spent Rs 122.68 crore during the Karnataka polls that took place in May last year. The JDS-Congress coalition formed government in the state after the polls.

Out of the total funds, more than Rs 84 crore was spent on advertisements in print and electronic media, bulk SMSes, cable, websites and general party propaganda, the BJP said in its report to the EC.

This was followed by expenditure of over RS 16 crore for travel of its star campaigners in the state, the report said.

The party also sent to the commission a similar report of expenses, made by its central office and state units, for contesting polls in the Northeast states of Meghalaya, Tripura and Nagaland.

The report filed by the BJP stated that over Rs 14.18 crore has been spent to contest polls in these states, where elections took place last year.

The expenses include cost incurred by the party under various heads like star campaigners, media, publicity, processions, helicopter sorties, election paraphernalia and road travel of its leaders and candidates.