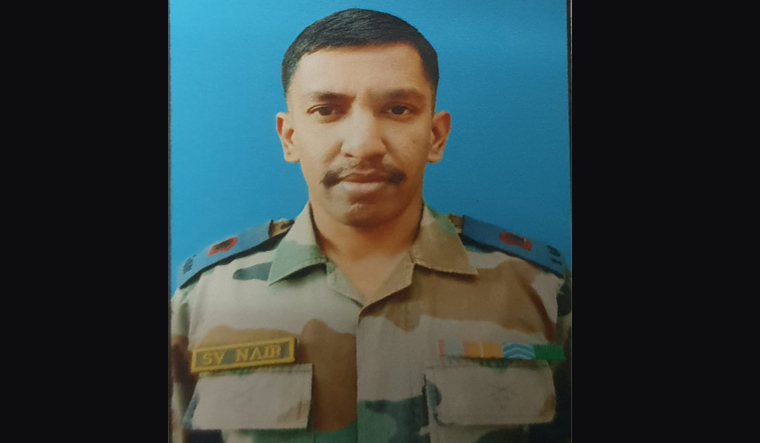 An Indian Army Major with Kerala roots and another soldier were killed in an IED blast along the LoC in Jammu and Kashmir's Rajouri district Friday, officials said. An improvised explosive device was planted by suspected militants in the foot-track along the LoC to target army soldiers patrolling the

borderline in Laam belt of Nowshera sector of Rajouri district, they said.

The blast resulted in injuries to two soldiers, including Major Shashidharan V. Nair, 33, the officials said, adding they were rushed to a hospital where they succumbed to injuries.

Army soldiers have been alerted against IED blasts and attacks by the Border Action Teams (BATs) of the Pakistan Army, they said. Major Nair was part of the 2/11 Gorkha rifles. Nair, who hails from Pune, is survived by wife Trupti Shashidharan Nair.