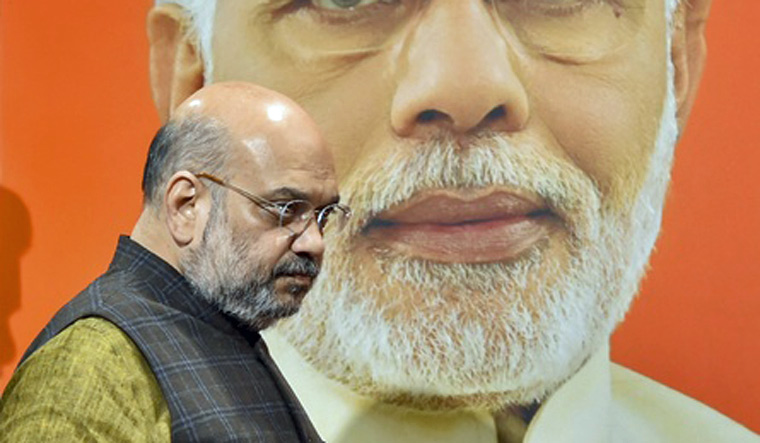 The BJP on Monday expressed sadness over its ally AGP deciding to break the partnership over the Citizenship Bill, saying the regional party had "fallen into the Congress trap".

While opposition Congress welcomed the AGP's decision, the All India United Democratic Front (AIUDF) proposed to form a united platform taking along the regional party to fight the "communal and divisive" politics of the Bharatiya Janata Party (BJP).

The All Assam Students' Union (AASU) and the Krishak Mukti Sangram Samiti (KMSS) invited the Asom Gana Parishad (AGP) to join the ongoing agitation against the Citizenship (Amendment) Bill.

The Congress and the AIUDF also lashed out at senior minister Himanta Biswa Sarma for claiming that the state will "go Jinnah's way if the Citizenship Bill is not passed". The proposed Citizenship Bill seeks to provide Indian citizenship to non-Muslims from Bangladesh, Pakistan and Afghanistan.

BJP spokesperson Rupam Goswami said, "We have not got any information officially. The alliance with the AGP was made by our national president [Amit Shah], so I think only he will be informed."

"We are definitely hurt seeing it on TV because we did not want them to leave the alliance. We got a hint that they have fallen into the Congress trap," Goswami told PTI.

Another alliance partner, the Bodoland Peoples' Front (BPF), did not come out with any official reaction, but its MLA and Social Welfare Minister Pramila Rani Brahma termed the AGP's decision as "correct", adding that it was her personal view.

"The party (AGP) was born for the cause of the indigenous people and cannot go against them. Responding to peoples' call, it has withdrawn the support," she said.

Former chief minister Tarun Gogoi of the Congress said the AGP should join hands with other parties to protest against the bill.

"We should forget all our differences and aim towards fighting against the bill," he said.