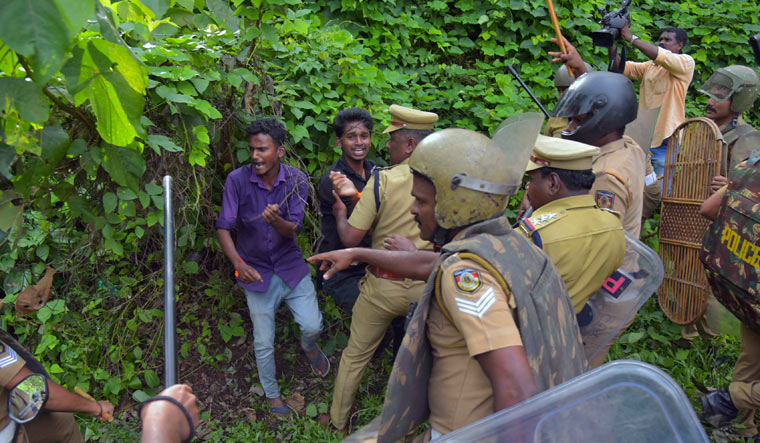 Kerala Police has drawn up an elaborate plan to ensure the safety of women devotees coming for Sabarimala darshan during the upcoming Mandala-Makaravilakku season beginning from November 16.

More than 24,000 police personnel, including commandos and women constables, will be part of the deployment that will be done in four phases. Besides, the Kerala government has also requested police personnel from neighbouring states and Central forces.

The Kerala Police has been told by the Pinarayi Vijayan government in no uncertain terms that women devotees of all ages should be able to do their Sabarimala darshan this time. The security will be handled by two ADGPs, six IGs and eight SPs.

The police will be deployed in four phases, with each phase stretching up to 15 days and having at least 5,000 personnel present from Nilakkal to Sannidhanam (sanctum sanctorum).

During every phase, an IG-rank officer will be leading the security deployment at Pamba and Sannidhanam. While IG P. Vijayan will be in-charge of Sannidhanam, Thrissur Range IG M.R. Ajit Kumar will be looking after the forces deployed from Nilakkal to Pamba. Earlier, these roles were handled by SPs.

IGs Dinendra Kashyap, S. Sreejith and E.J. Jayaraj will also be part of the security team. During each phase, there will be 32 deputy SPs, 42 SIs and 98 ASIs in the police team.

The increase in the number of personnel will help police fortify its presence at Sannidhanam, Nilakkal, Pamba, Erumeli and Vadasserikkara. Besides local police, India Reserve Battalion commandos (90 personnel), Kerala Police commandos (60), NDRF personnel (80) and CRPF Rapid Action Force personnel (220) will be present at Nilakkal and Sannidhanam.

The Kerala Police is duty-bound to ensure that the Supreme Court verdict is enforced and women devotees are provided protection, said police chief Loknath Behra. Letters have been sent to five states requesting police personnel, including women, for Sabarimala deployment.

Tamil Nadu, Andhra Pradesh, Telangana, Maharashtra and Karnataka governments have been requested to send at least 100 cops each to assist at Sabarimala, said Behra.