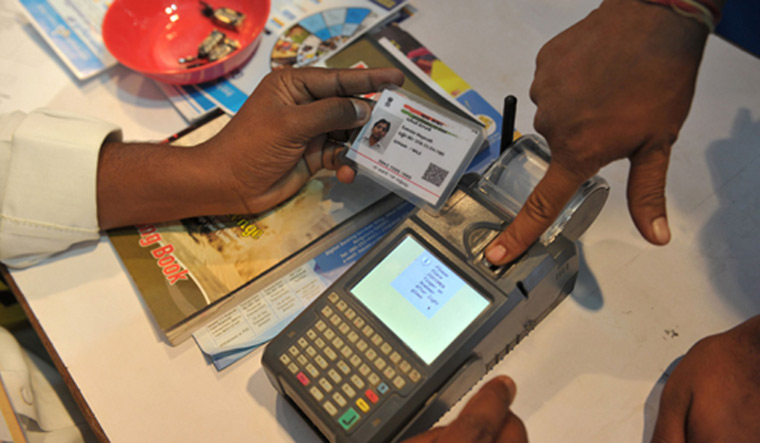 Describing the Supreme Court judgement on Aadhaar as "historic", Finance Minister Arun Jaitley on Wednesday said it has helped the government in saving Rs 90,000 crore every year with targeted delivery of government schemes.

On the other hand, welcoming the verdict, the Congress hailed the Supreme Court decision to strike down Section 57 of the Aadhaar act, which allowed private parties to access Aadhaar data, and termed it a "slap on the face of BJP".

A five-judge constitution bench headed by Chief Justice Dipak Misra held that Aadhaar is constitutionally valid but struck down some of its provisions, including its linking with bank accounts, mobile phone connections and school admissions.

The Supreme Court judgement kept the provision of Aadhaar mandatory for filing of IT returns and allotment of Permanent Account Number (PAN).

"It is a historic judgement and the whole concept of unique identity number that has been accepted after judicial review is an extremely welcome decision. There are now 122 crore people in India who have Aadhaar cards and our estimation is that by identifying beneficiaries of government schemes and ensuring that there are no fake or duplicate or non-existent beneficiaries, we are already saving Rs 90,000 crore every year," Jaitley said.

The delinking of Aadhaar from private entities is a 'slap on the face of BJP", added Congress national spokesperson Abhishek Manu Singhvi.

West Bengal Chief Minister Mamata Banerjee also welcomed the Supreme Court's verdict on Aadhaar, and termed it as a victory of the people.

"We welcome the verdict by the Supreme Court. It is a victory of the people of this country and we are very happy," Banerjee said in Milan, Italy, where is on an official tour.

"Days of the BJP government are over in the country," the chief minister added.

The apex court on Wednesday declared the Centre's flagship Aadhaar scheme as constitutionally valid, but struck down some of its provisions including linking with bank accounts, mobile phones and school admissions.