Singh was killed in an encounter along the LoC on Monday 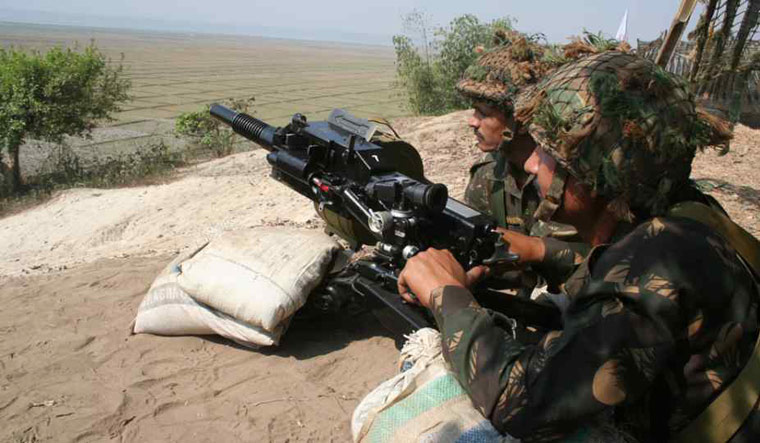 The Indian Army on Tuesday denied reports that the soldier, who was killed on Monday during a counter-infiltration operation along the Line of Control in Jammu and Kashmir, had taken part in the surgical strike in September 2016.

Lance Naik Sandeep Singh sustained bullet injuries during an operation in the Tangdhar sector in which five terrorists were killed. He was rushed to the 92 Base Hospital where he succumbed to injuries.

READ: Army Chief Rawat says there is need for another surgical strike

Singh, 30, belonged to Kotla Khurd village in Gurdaspur district of Punjab and is survived by his wife. The Army paid tributes to the Lance Naik on Tuesday.  Singh would be laid to rest with full military honours at his native village.

Soon after the incident, reports emerged about Singh being a member of the Army’s special forces that took part in the surgical strike across the LoC. Such reports are 'unfounded', said defence ministry spokesperson Colonel Rajesh Kalia to news agency IANS.

The Army carried out the surgical strike on the night of September 28-29, 2016, a week after Pakistan-based militants attacked a military base at Uri in Jammu and Kashmir and killed 18 soldiers.