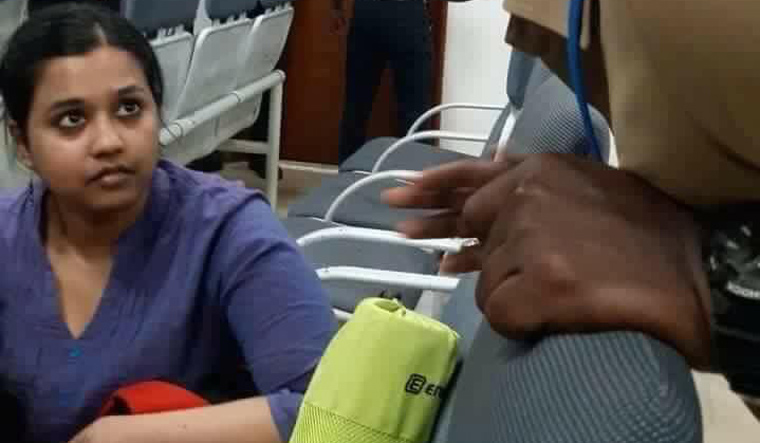 The arrest of a research scholar for allegedly shouting anti-BJP slogans in the presence of the chief of the Tamil Nadu unit of the saffron party on a domestic flight on Monday has led to outrage in both the political sphere as well as on social media.

But it has also brought attention to the student's role as an outspoken activist on environmental issues in the state.

Lois Sofia, who was remanded to 15 days in judicial custody on Monday night for shouting “down with BJP's fascist government”, has been passionate on environmental issues and has written several articles against the Sterlite copper plant in Thoothukudi and the violence at the facility in May, which left 13 people dead in police firing.

Born and raised in Thoothukudi, 28-year-old Sofia is a post-doctoral research scholar in mathematics, currently studying in Canada. With an MSc in physics and mathematics, Sofia had been vociferous in her writings and social media posts against the Sterlite smelter in Thoothukudi since March 25 after a public demonstration there drew the attention of the world.

Reputed to have a critical mind, Sofia had been writing extensively with facts and figures against various issues including the Sterlite plant and the Chennai-Salem eight-lane highway project, which have been criticised as being against people and the environment. Having completed her bachelors degree from a reputed university in Germany, Sofia moved to Canada to pursue research in mathematics a few years ago.

Sofia's father, Swamy, a retired paediatrician from the government hospital in Thoothukudi, said, "She is not part of any political formation. She has always been for public welfare. I don't think she harmed anyone." Swamy is planning to move a bail application for Sofia on Tuesday in a court in Thoothukudi.

Prominent environmental activist Nithyanand Jayaraman criticised Sofia's arrest. “This is completely unheard of. Totally unwarranted. She [Sofia] has expressed her mind. That's it! Whenever I come out of a railway station or an airport, there are many political party cadres saying BJP vazhga or AIADMK vazhga. It offends my sensibilities. So can I go file a complaint? We are fed up with these political parties. It's height of intolerance,” she said.

In addition to triggering outrage from opposition parties, Sofia's anti-fascist protest appears to have caught the fascination of social media. By 10.00am on Tuesday, multiple hashtags associated with Sofia were among the top 10 trends on Twitter. These include #Sophia and a hashtag in Tamil that means “Fascist BJP down-down”, which was used in over 100,000 tweets by 10.00am.