How Iceland could ‘help’ India’s kids say no to drugs 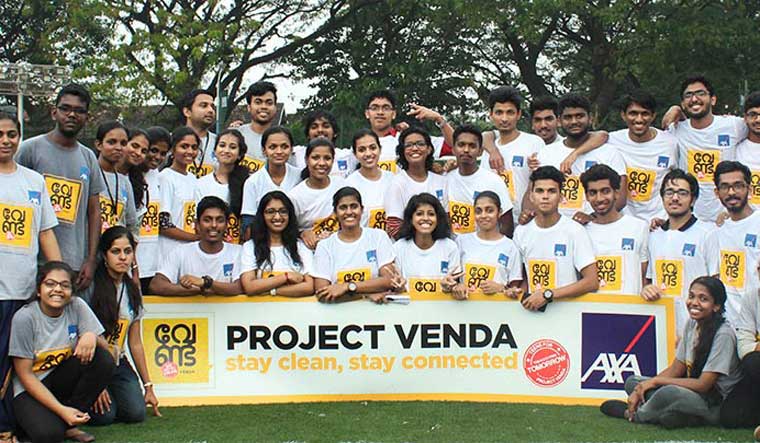 Project Venda is aimed at empowering children to make an informed choice to say no to drugs | www.fourthwavefoundation.org

Think Iceland, and you would probably be thinking bankruptcies, the occasional volcano that puts pan-Atlantic flight schedules in disarray and, recently, lame jokes about how its football team for the FIFA World Cup was selected.

However, the tiny country has actually done gigantic deeds in the area of reducing and preventing drug abuse among adolescents. And that is a big improvement for a country that had the highest population of adolescents engaged in substance abuse in Europe in 1997; nearly 42 per cent of teenagers in Iceland then admitted to drinking at least once a month and nearly 17 per cent used cannabis. By 2017, the figures for substance abuse among teenagers in Iceland had fallen to the lowest in Europe: teenage drinking slumped to just five per cent of the population and cannabis use to seven per cent.

The common notion of drug abuse-related campaigns usually involves major publicity initiatives and law enforcement crackdowns; however, since 1997, Iceland relied on extensive research on the victims, collaboration with community stakeholders and greater parental involvement. Part of the credit for the success of the ‘Iceland’ model of drug abuse prevention and control goes to Dr Harvey Milkman, an American psychologist who argued that children get into substance abuse to satisfy chemical impulses in the brain; he postulated the children could gain the same ‘natural highs’ by being involved in music, sports and other activities instead of taking drugs.

Milkman assisted researchers in Iceland as they collected data on children to understand their backgrounds and patterns of abuse before reaching out to the community. As communities became involved in the process, parents were required to commit to spending more time with their children and increase monitoring to minimise possible exposure to drugs. The government has also pitched in by giving allowances for children in the country to pursue extra-curricular activities.

The Fourth Wave Foundation, which is also active in other areas of education and inclusive development, declares it currently does not have any plans to take the ‘Project Venda’ model to a national level as the organisation, like the Iceland model, claims to rely on extensive local research to reach out to communities to curb drug abuse.

The larger popular narrative against drug abuse in India still sees it as a legal and security issue that has to be dealt with by crackdowns and targeting of producers and consumers. The US ‘War on Drugs’, which started in the early 1970s, was estimated to cost nearly $51 billion annually in 2014. Despite the cost, the initiative has had only limited success in curbing trafficking of drugs from Central America and Mexico and their sale in the US.

Rather than veering to the other extreme of legalising some kinds of drugs, perhaps, it would be prudent for India to consider what it can learn from Iceland in this regard. After all, the Icelandic model involves a crucial component many Indians hold dear: greater family involvement!