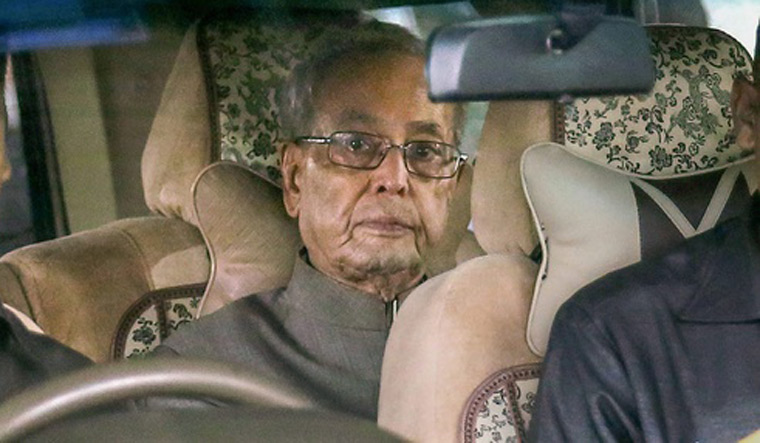 A day before Pranab Mukherjee addresses an RSS event in Nagpur, the former president's daughter and Congress leader Sharmishta Mukherjee on Wednesday disapproved of his decision, saying he was giving the BJP and the Sangh a handle to plant false stories as his "speech will be forgotten" but "visuals will remain".

Taking to Twitter, she hoped the former president would realise how the BJP's "dirty tricks department" works and said with his visit, he was giving the BJP and RSS "full handle to plant false stories".

Sharmishta Mukherjee dismissed "rumours" about her joining the BJP, saying she would rather leave politics than quit the Congress.

"Hope Pranab Mukherjee now realises from today's incident, how BJP dirty tricks department operates. Even RSS wouldn't believe that you are going to endorse its views in your speech. But the speech will be forgotten, visuals will remain and those will be circulated with fake statements.

"By going to Nagpur, you are giving BJP/RSS full handle to plant false stories, spread falls rumours as today and making it somewhat believable. And this is just the beginning!," she said.

Pranab Mukherjee would be visiting the RSS headquarters on Thursday and would address a function there.

The visit has already given rise to a lot of speculation and a host of Congress leaders have urged the former president to review his decision for the sake of secularism.