Why does listening to sad music help in times of sadness? 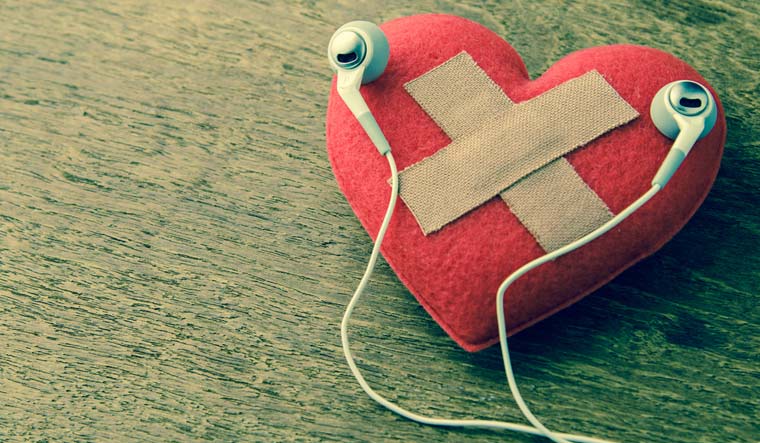 Why does listening to sad music help in times of sadness? Researchers at the Indian Institute of Technology (IIT) Mandi are looking for answers behind the "tragedy paradox".

According to IIT Mandi Director Laxmidhar Behera, music has a powerful ability to affect our emotions, and it's no secret that people often turn to music to boost their mood or to help them through a tough time.

"But why do we sometimes seek out sad music, even when we try to minimize sadness in our lives? Despite our natural inclination to avoid sadness, this particular emotion has a strange and enduring appeal when expressed through art. This so-called 'tragedy paradox' has puzzled philosophers for centuries. It has been postulated that the tragedy paradox arises simply because of the aesthetic appeal of gloomy tunes," Behera said.

"Is it proof that a thing of beauty is a joy forever, or is there a more profound, biological reason for sad music making us feel better? We wanted to find out how the brain reacts when listening to sad music after having an adverse experience or memory. For this, the researchers used electroencephalography (EEG) to measure the brain activity of 20 people under different conditions. They focused on brain regions involved in emotion and memory processing," he added.

The 20 participants had no musical training to avoid pre-programmed reactions to the selected music. EEG was measured under three states. In the first, EEG was recorded with no input the baseline. In the second state, EEG was recorded as the participants recalled a sad experience and wrote about it the Sad Autobiographical Recall or SAR condition.

In the third, EEG was measured when they were made to listen to an Indian classical raga "Mishra Jogiya". The music was selected by a panel of five music experts and is known for invoking "Karuna Rasa" (sad emotions).

EEG measures the electrical activity of the brain, commonly known as brain waves. It is known that brain waves are of five types alpha, beta, gamma, delta and theta - representing a different mood and state of mind. Within the current context, alpha is, for example, associated with cognitive information processing, while gamma is associated with episodic memory processing.

The researchers found that when recalling a sad experience, there is enhanced gamma wave activity, while listening to sad music leads to increased alpha brain activity. 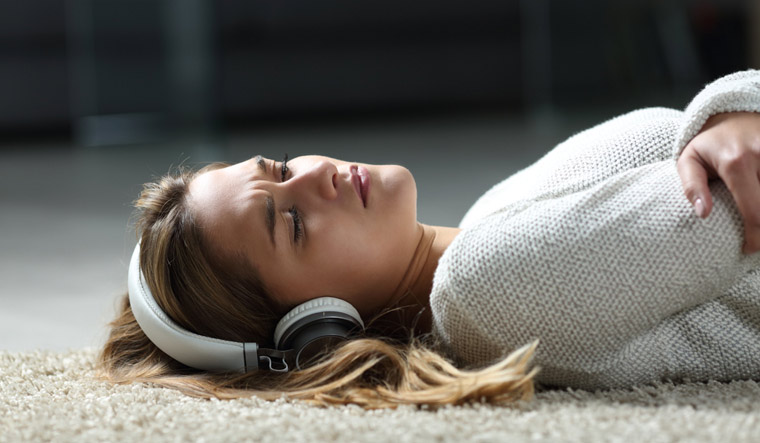 "Listening to Mishra Jogiya Raga (sad music) appears to promote processing of emotions and memories in the brain, through a three-channel framework involving the alpha brain wave. These mechanisms include increased global and local connectivity in brain areas involved in emotion and memory processing, and increased alertness," Behera said.

The finding that has been published in the journal "PLOS One" shows that the brain's activity when listening to sad music is unique and distinct from both the SAR state and the baseline resting state. The coping mechanism of sad music arises from better processing of emotions and memories under the alpha state.

"The coping effects are not simply due to the aesthetic appeal of the music, as previously believed, but an inherent property of sad music," said Ashish Gupta a PhD scholar.

While it is clear that music can affect our emotions and cognitive abilities, the scientists believe that more research is needed to understand the relationship between sad music and the brain entirely.

While EEG studies have provided insights into the brain response to sad music in terms of brain cortical activity, the researchers also intend to study the deeper sub-cortical areas using fMRI scans in the future.

"The current study is a part of ongoing work investigating the effect of Indian ragas on human cognitive functions. This work has significance for music therapy, music training, etc. where music is used or can be used as a therapeutic tool," said Braj Bhushan, Professor, IIT Mandi.