Stress could affect what actions partners notice in the first place 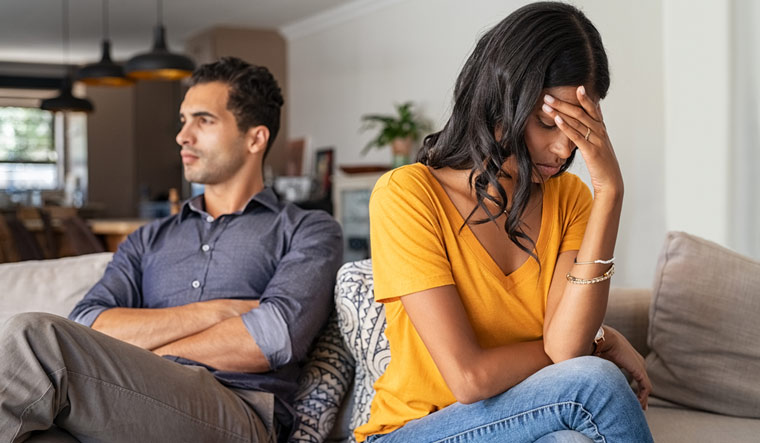 Stressful life circumstances can affect how married couples interact, but can they affect how partners see each other? A person experiencing stress is more likely to notice their spouse’s negative behavior than positive, according to a new study published in Social Psychological and Personality Science.

Prior research has focused on how stress influences behavior, but this study suggests that stress could affect what actions partners notice in the first place. The negative actions being monitored included a spouse breaking a promise, showing anger or impatience, or criticizing their partner.

“We found that individuals who reported experiencing more stressful life events outside of their relationship, such as problems at work, were especially likely to notice if their partner behaved in an inconsiderate manner,” says lead author Dr. Lisa Neff, of the University of Texas at Austin.

Researchers asked 79 heterosexual newlywed couples to complete a short survey each night for 10 days, in which they documented both their own and their partner’s behavior. Before beginning this portion of the study, participants completed a questionnaire in which they shared details on stressful events in their life.

Studying newlyweds drives home the significance of the results, Dr. Neff notes, because couples are especially likely to focus on each other’s positive behavior and overlook negative actions during the “honeymoon” period.

“For many people, the past few years have been difficult – and the stress of the pandemic continues to linger,” says Dr. Neff. “If stress focuses individuals’ attention toward their partner’s more inconsiderate behaviors, this is likely to take a toll on the relationship.”

Researchers noted a single stressful day was not enough to make someone zero in on their partner’s negative behavior, but a longer accumulation of stressful life circumstances could cause this shift in focus. The findings also suggest that those under stress were not any less likely to notice their partner’s positive behavior, but they were more likely to notice inconsiderate actions.

While it’s possible that being aware of the effects of stress could allow couples to correct their behavior and limit harm to the relationship, Dr. Neff notes that this will remain speculation until it is studied further. She also says that future research would do well to expand this study beyond the honeymoon phase.

“One direction would be to examine if the harmful effects of stress might be even stronger among couples no longer in the newlywed phase of their relationships,” says Dr. Neff, “but the fact that we found these effects in a sample of newlyweds speaks to how impactful the effects of stress can be.”