LTL is linked with aging and associated diseases, such as heart diseases 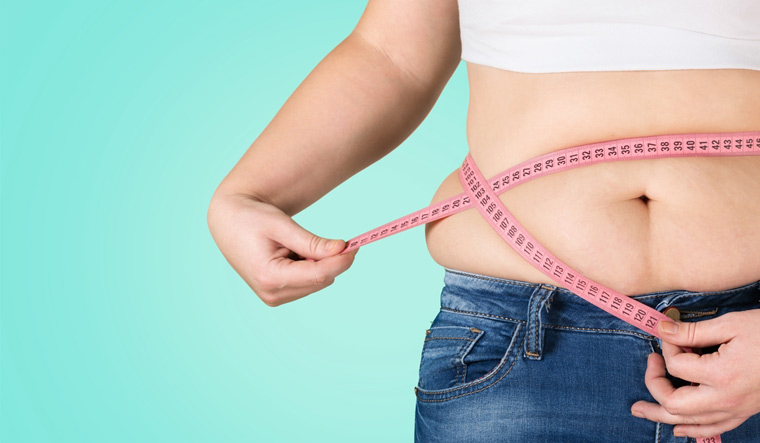 A cross-sectional study conducted between 2015-2020 has found that Leucocyte Telomere Length (LTL) -- a biomarker -- is linked to obesity in prediabetic and type 2 diabetic women, researchers have claimed.

LTL is at its longest at birth, shortens rapidly until adolescence and then shortens at a reduced rate until old age, as per medical experts.

"In this cross-sectional study from July 2015 to December 2020, 1,361 women were randomly selected from north India (aged 2060 years) who were residing there for more than six months. Among them, 797 pre-diabetic women (obese, 492; non-obese, 305) were enlisted and their demographic, clinical profiles and fasting blood glucose were evaluated," according to a statement issued on Thursday by a hospital here which conducted the study with other partners.

The research was conceived and designed by Dr Anoop Misra, Executive Chairman and Director, Diabetes and Endocrinology, Fortis C-DOC Hospital for Diabetes and Allied Sciences, and conducted jointly by Surya Prakash Bhatt, Ravindra Mohan Pandey and Ashish Datt Upadhyay. The findings have been recently published in the journal, BMJ Open Diabetes Research and Care, it said.

Prediabetes means one has a higher than normal blood sugar level. It is not high enough to be considered type 2 diabetes yet.

LTL is the measure most commonly used to study age-dependent shortening and disease risk in human populations.

The study explored the relationship between prediabetes, truncal obesity and LTL, shortening of which indicates faster aging and premature death, the researchers said.

LTL was quantified by a quantitative Polymerase Chain Reaction (PCR), which is a laboratory technique for rapidly amplifying millions of copies of a specific segment of DNA. Along with that, the telomere length was detected from DNA samples and expressed as the mean T/S ratio (telomere repeats per single-copy gene), they said.

The study subjects were randomly designated to have an approximate representation of higher, medium and lower income groups, from 41 residential areas in Delhi.

Many of them were excluded on various grounds which includes the use of oral antidiabetic drugs, alcohol, tobacco, or drug abuse, any medication which could affect insulin sensitivity, those who are pregnant, severe end-organ damage or chronic diseases, malignancy and other endocrine disorders and significant liver, kidney, thyroid, or other endocrine diseases, the study said.

The average LTL was significantly shorter in obese women with pre-diabetes, it found.

Besides age, obesity and fat distribution in the truncal part of the body are major contributors to telomere shortening in women with abnormal fasting glycemia, the statement said.

"Besides age, obesity and subcutaneous adiposity (predominantly truncal) are major contributors to telomere shortening in Asian Indian women with abnormal fasting glycemia (impaired fasting glucose). This means Indian women who are excess fat, over trunk and are prediabetes, may have lower longevity. It has connotation to mortality statistics of females in India as well huge implications of prevention of prediabetes," said Dr Mishra.

Lead author Dr Surya Prakash said, Obesity in Indian women starts to increase in the 30-40 age group, and that is where most of the lifestyle efforts should be concentrated.