Outside Russia, Sputnik V has received authorisation in over a dozen countries 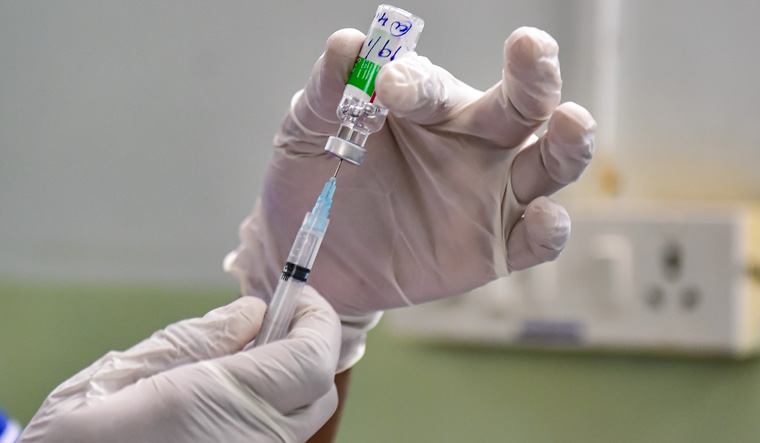 As per the latest studies that emerged on Wednesday, Russian scientists have determined the safety and efficacy of the Gamaleya-developed Sputnik V.

Researchers said that based on a fall trial involving about 20,000 people in Russia, the vaccine is about 91 per cent effective and appears to prevent inoculated individuals from becoming severely ill with COVID-19. But it is unclear if Sputnik V can stop transmission. The study was published in The Lancet.

The news is a boost for the vaccine, which governments around the world increasingly are purchasing in the race to stop the devastation caused by the coronavirus pandemic. Scientists not linked to the research acknowledged that the speed at which the vaccine was made and rolled out had brought criticism of the Russian effort's "unseemly haste, corner cutting and an absence of transparency."

"But the outcome reported here is clear," scientists Ian Jones and Polly Roy wrote in an accompanying commentary in The Lancet. "Another vaccine can now join the fight to reduce the incidence of COVID-19."

The vaccine was approved by the Russian government with much fanfare on August 11. President Vladimir Putin personally broke the news on national television and said one of his daughters had already received it. At the time, the vaccine had only been tested in several dozen people, and the move elicited criticism from experts both at home and abroad.

Outside Russia, Sputnik V has received authorisation in over a dozen countries, according to the fund  including the former Soviet republics of Belarus, Armenia and Turkmenistan; Latin American nations including Argentina, Bolivia and Venezuela; African nations such as Algeria as well as Serbia, Iran, Palestine and UAE.

The age question for the Oxford-AstraZeneca vaccine

France's top health advisory body has reportedly recommended that the Oxford-AstraZeneca coronavirus vaccine—developed jointly between the Oxford University and pharma giant AstraZeneca—only be used on people under 65, citing lack of sufficient data about its effectiveness in older people. However, this in no way indicates that the vaccine does't work on older individuals. In fact, results have repeatedly proven the immunogenicity and safety of the Oxford-AstraZeneca vaccine.

France's harsh tone was already adopted by other in the EU. Health authorities in Germany and other countries had raised concerns that AstraZeneca didn't test the vaccine in enough older people to prove it works for them, and indicated they would not recommend it for people over 65.

The decision could shake up the French vaccination strategy, because the country has prioritized nursing home residents and people over 75. France had counted on the AstraZeneca vaccine for a large part of its upcoming inoculations, until the company announced delays affecting countries around Europe and the world.

The Palestinian Authority administered its first known coronavirus vaccinations on Tuesday after receiving thousands of doses from Israel, which has already inoculated more than a third of its population.

The Palestinian health ministry announced the start of the campaign in a statement, saying Health Minister Mai al-Kaila received a first dose along with several front-line medical workers. The statement did not acknowledge that Israel provided the vaccines.

Israel, which launched its own vaccination campaign in December, began transferring 5,000 doses of the Moderna vaccine to the Palestinians this week, and the first doses will go to medical workers. The Palestinians hope to acquire tens of thousands more doses in the coming weeks through a World Health Organisation program.

Even if those deliveries materialise, however, it could take several months to administer enough vaccines to bring the outbreak under control in the Israeli-occupied West Bank and the Gaza Strip, which are home to more than 4.5 million Palestinians. Israel is on track to vaccinate its entire adult population by the end of March.

The WHO has expressed concern about the inequity between Israel, which is leading one of the world's most successful vaccination campaigns, and the Palestinian territories. Israel captured east Jerusalem, the West Bank and Gaza in the 1967 war, lands the Palestinians want for their future state.