A positive attitude can work wonders alongside Melodic Intonation Therapy 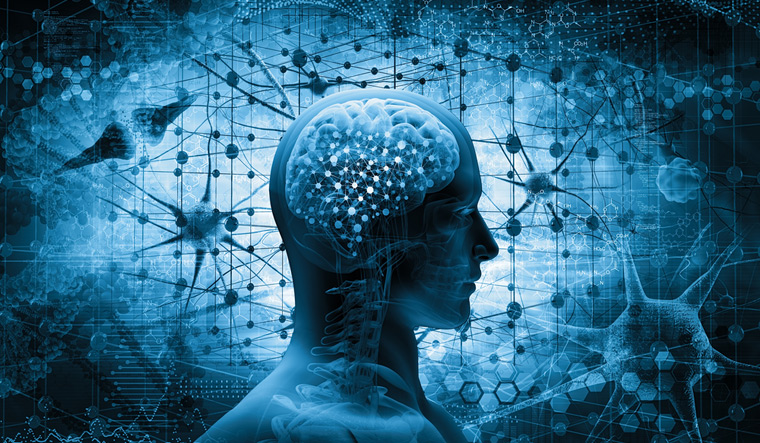 In the four weeks hence, he has shown remarkable improvement and is back to normalcy, say doctors. This case can serve as an example of how appropriate rehabilitation therapy combined with a positive attitude can help patients with residual neuro-deficits improve over time.

Swami, an avid singer and an employee of Indian Oil Corporation, developed fever, cough and weakness before he was diagnosed as COVID-19 positive on August 8. He was admitted in a nearby COVID care centre (CCC) and his condition remained stable for a week, after which on August 17 he developed a sudden speech impairment and felt unable to lift and move his right hand. These initial symptoms went undiagnosed and as his condition worsened, his clinical evaluation based on MRI of the brain revealed a stroke on the left part of the brain and related language and speech dysfunction (aphasia).

Aphasia is a communication disorder or an impairment of language which makes it hard for a patient to use words thereby affecting his or her speech, and the ability to read and write. It is a result of damage to the brain, the most common cause of which is stroke.

Swami was immediately put onto speech therapy, once he stabilized.  “As he primarily had expressive aphasia with non-fluent speech, he started on Melodic Intonation Therapy (MIT) which is an evidence-based therapy that utilizes elements of melody and rhythm to improve expressive language. As most of us are right-handed, our language function is controlled by the left hemisphere of the brain. Now in patients who've suffered a stroke, this left hemisphere of the brain doesn't function properly because that's the one afflicted with language dysfunction (aphasia). Research has shown that musical skills are predominantly represented in the right hemisphere of the brain and so MIT utilizes the elements of music with left hand tapping to engage the undamaged right hemisphere of the brain and enable aphasic patients to speak and comprehend,” says Dr Prashant Makhija, Consultant Neurologist, Wockhardt Hospital.

Melodic Intonation Therapy (MIT) is an evidence-based treatment method that uses intoning or singing to improve expressive language in people with aphasia by taking advantage of the undamaged right hemisphere and engaging areas that are capable of language.

Over the span of eight months after the WHO declared COVID-19 a global pandemic, the understanding of the infection caused by the novel coronavirus has improved significantly the world over. Doctors have now come to believe that COVID-19 is more than an infection of the lungs.

"What initially appeared to be an illness primarily restricted to lungs is now well known to be associated with neurological involvement and stroke is one such dreaded complication. Time plays a crucial role in the management of stroke patients but often an inability to recognize the stroke symptoms early on or reach the hospital in time, results in neuro-deficits in patients in the form of limb weakness or speech difficulties,” adds Dr. Makhija.

Nutan Korganokar, a well-known speech therapist also lays significant stress on the importance of a patient's positive attitude and belief in the possibility of a speedy recovery. "Although Swami suffered from a significant stroke related language dysfunction, his positive attitude and appropriate rehabilitation in the form of speech therapy helped him overcome this deficit. His love for music and singing probably contributed to his recovery and he is now on his path to normalcy.”

Experts believe that post stroke therapy or rehabilitation is the only sure shot way a stroke patient can overcome any deficits which the stroke may have caused in its wake to recover to a considerable extent, even if not completely

The brain is a computer full of billions of electrical circuits, says Dr. Abhishek Srivastava,  head, centre for rehabilitation, Kokilaben Ambani Hospital in Mumbai which has about 30,000 sq ft of area dedicated for rehabilitation. During a stroke, a specific part of a specific circuit dies or simply fuses and depending on which circuit was hit by the stroke, one can suffer from various deficits including the ability for

cognitive functions, behaviour, speech and language (aphasia), ability to swallow (dysphagia), comprehension, vision, abnormal tone, sensory deficits wherein a person can lose sensations on one side, sphincter problems which relate to losing control over one's bowel movements, spasticity or rigidity in the limbs, and hearing, he explains.

So, a brain stroke means that the control from any of the different circuits in the brain towards corresponding functions of the body is  cut off, but the essential pathway between the brain and the rest of the body remains intact. For instance, if the stroke affects one's lower limbs, it means that the limbs, its nerves are fine and the control of the brain is still there but the pathways which control the movements are cut off or lost.

Repeated exercises and therapy keeps sending signals to the brain and repeated signals forces the brain to form alternative circuits and take over the function of the previous circuit thereby bringing back the movement in the hands, limbs, or whichever part is affected.

"This feature of the brain wherein the other part takes over the function of the affected part and gives back the movement and agility to a stroke affected patient, is called neuroplasticity. This is a fairly new concept and scientists are only beginning to understand it now," says Dr. Shrivastava

Swami is now slowly returning to his routine life, after having suffered from both, COVID-19 as well as a brain stroke.