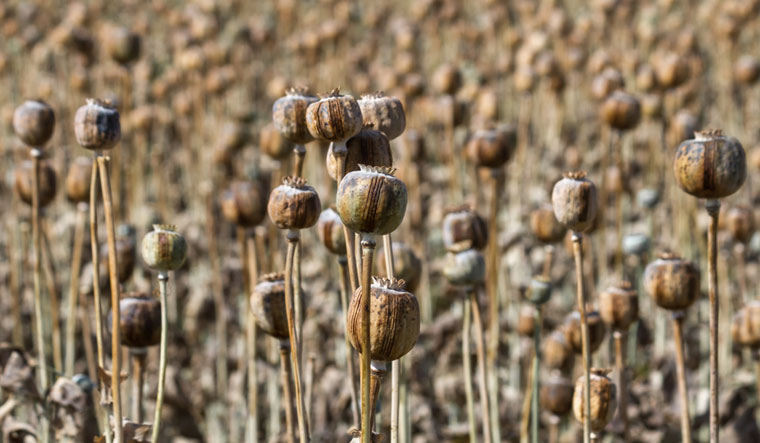 Opium consumption causes cancers of the larynx, lung, and urinary bladder, the International Agency for Research on Cancer (IARC) said in a publication in the journal Lancet. However, the evidence of it causing cancers of the oesophagus, stomach, pancreas and pharynx was “limited”, the authors of the Lancet article concluded.

Opium is the dried latex from the unripe seed-pods of the opium poppy plant. It has a complex chemical composition, comprising at least 25 alkaloids and other ingredients.

The harvested latex of the poppy plant is typically processed by drying or boiling before consumption as opium. Commonly consumed forms of illicit opium include raw (or crude) opium, opium dross (tarry residues formed after smoking raw opium), and refined opium or opium sap (boiled opium dross with or without added raw opium).

The classification of opium as carcinogenic applies to both ingestion and smoking, and to all forms of “minimally processed opium” that are consumed—raw opium, opium dross, and opium sap. Opium is sometimes contaminated (or, in the case of illicit opium, adulterated) with lead, chromium, arsenic, or other substances.

Other opiates such as heroin, morphine, and codeine or synthetic opioids such as fentanyl are, however, excluded from the carcinogenic classification.

According to the WHO, about five million people across the world consume minimally processed opium. “The Islamic Republic of Iran has the world’s highest per capita consumption and accounts for 42 per cent of the global consumption of minimally processed opium,” the IARC said in a press statement. Other countries with relatively high opium consumption rates include Afghanistan and India, it said. India is also one of the largest legal producers of opium— states such as Rajasthan, Uttar Pradesh and Rajasthan grow opium legally—alongwith Afghanistan and Myanmar.

“Opium consumption is a problem in many low-and middle-income countries, with strong implications for public health and society. In the Islamic Republic of Iran, opium is consumed across the spectrum of society, although more commonly by men than by women, by groups with lower socioeconomic status, and by tobacco users,”the statement reads.

The classification was done by a working group of 16 international experts that met remotely in September and and after reviewing the available scientific literature, the decision to classify opium consumption as carcinogenic to humans was taken.

According to the authors of the Lancet article on the issue, opium production and distribution have been controlled internationally since 1961. Opium is produced illicitly in approximately 50 countries worldwide, and global production has increased during the past decade. “Over 80 per cent of the world's illicit opium comes from Afghanistan. Of the total opium produced, 15–20 per cent is used raw or minimally processed; the rest is processed into other opiates, mainly heroin,” the article reads.

In 2009, Iran, Afghanistan, and Pakistan were estimated to be the world's largest per capita consumers of raw or minimally processed opium.