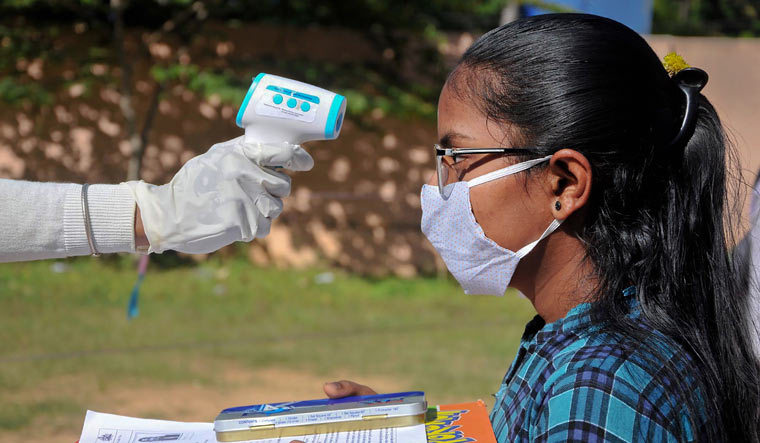 The next round of sero-prevalence survey in the national capital is slated to begin on Saturday, with authorities gearing up for the five-day exercise to comprehensively analyse the COVID-19 situation in Delhi.

Delhi Health Minister Satyendar Jain on July 22 had announced that after analysing the results of the last survey, it was decided that more such exercises would be done every month to formulate better policies for tackling the COVID-19 situation in the national capital.

The next sero-prevalence survey is scheduled to take place from August 1-5.

The health department has prepared a detailed plan under which every district medical officer has been asked to conduct the survey in their respective jurisdictions, officials said.

Delhi recorded 1093 fresh coronavirus cases on Thursday, taking the tally in the city to over 1.34 lakh,whilethe death toll from the disease climbed to 3,936, authoritiessaid.

The last sero-prevalence study was done by the Delhi government in association with theNational Centre for Disease Control (NCDC) from June 27 to July 10.

The study had found that around 23 per cent of the people surveyed in Delhi had an exposure to the novel coronavirus, the central government had said.

"The results of the sero-survey conducted from June 27-July 10 came out yesterday, and it shows that nearly one-fourth of people had developed antibodies, meaning they had got infected and recovered. Most of these people who were sampled did not know that they were infected earlier," Jain had told reporters, a day after the results were announced by the Health Ministry.

The Delhi government has now decided to conduct more monthly sero-surveys to find greater percentage of such people who had got infected and recovered, so as to formulate better policies for tackling COVID-19, he had said.

Health department officials, when contacted, however, did not share much details on the planned exercise from August 1-5.

A senior official in south Delhi district administration, also said, no instruction as such been issued to themabout the survey, but the administration will be ready for it.

After the results had come out of the previous survey, Director of the NCDC, Dr Sujeet Kumar Singh, had said, the remaining 77 per cent are still vulnerable to the viral disease and containment measures need to continue with the same rigour.

The study had involved testing 21,387 samples.

A sero-survey involves testing of blood serum of individuals to check for the prevalence of antibodies against infection.

For the survey, blood samples were collected from selected individuals after taking written informed consent and then tested for IgG antibodies and infection using COVID KAVACH ELISA approved by the Indian Council for Medical Research (ICMR). It was one of the largest sero-prevalence studies conducted in the country using the ELISA testing.

The number of tests done per million, as on Thursday was 53,353 it said.