What is bubonic plague, aka 'black death', reported in China? All you need to know 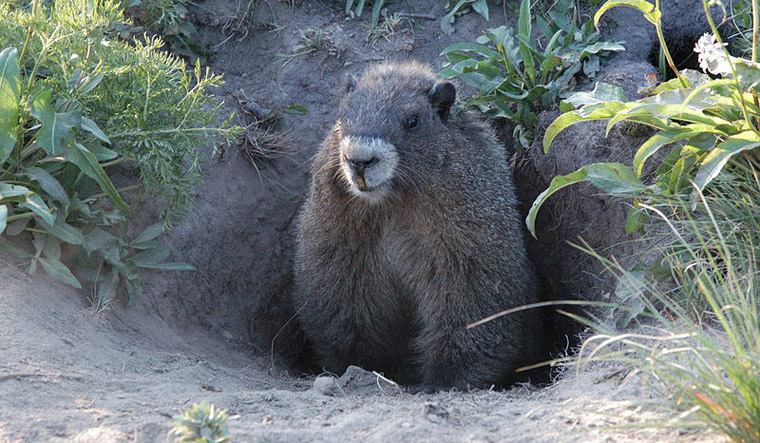 China has sounded an alert after a suspected case of the bubonic plague was reported in Bayan Nur, in the northern Inner Mongolia Autonomous Region. A level III warning of plague prevention and control has been issued, the state-run People's Daily Online reported.

How did it spread? Unclear. However, the alert asks people to immediately report any sick or dead marmot (large and heavy rodents that resemble squirrels), and forbids the hunting and eating of animals that could carry the plague. Five days before, Chinese news agency Xinhua had reported two suspected cases of bubonic plague in Khovd province in western Mongolia—two brothers had consumed marmot meat.

News agency PTI quoted the local health authority as saying: "At present, there is a risk of a human plague epidemic spreading in this city. The public should improve its self-protection awareness and ability, and report abnormal health conditions promptly." According to reports, the authorities announced that the warning period will continue until the end of 2020.

What is bubonic plague?

According to the World Health Organisation (WHO), the disease is caused by the bacteria Yersinia Pestis, a zoonotic bacteria usually found in small mammals and their fleas, with the symptoms of the disease appearing after an incubation period of one to seven days. The disease usually spreads from bites of fleas that have fed upon infected creatures like mice, rats, rabbits and squirrels.

What is the disease? There are two main forms of the plague: bubonic and pneumonic (when plague advances to the lungs). According to WHO, bubonic plague is the most common form and is characterised by painful swollen lymph nodes or 'buboes'. It is a rare disease now—from 2010 to 2015, there were 3,248 cases reported worldwide, including 584 deaths. It is now mostly endemic in Democratic Republic of the Congo, Madagascar, and Peru.

How fatal is it? In the Middle Ages, a bubonic plague pandemic, also known as the 'black death', had wiped out more than half of Europe's population. However, with the availability of antibiotics, the disease is largely treatable now. If not treated on time, bubonic plague has a case-fatality ratio of 30 per cent to 60 cent, while its septicaemic (circulation in bloodstream) and pneumonic kind can touch 100 per cent fatality. If diagnosed and treated on time, the disease has about a 10 per cent fatality rate.

What are its symptoms? According to WHO: Sudden onset of fever, chills, head and body aches, and weakness, vomiting and nausea. In bubonic plague, the lymph node becomes inflamed, tense and painful (almost the size of a chicken's egg), called a ‘bubo’. At advanced stages of the infection, the inflamed lymph nodes can turn into open sores filled with pus. When it advances to the lungs, pneumonic plague becomes the most virulent form of plague. Septicaemic plague (in bloodstream) can cause tissue death and subsequent blackening of fingers, toes and nose, according to Mayo Clinic.

How does it transmit? According to WHO, human-to-human transmission of bubonic plague is rare. However, any person with pneumonic plague may transmit the disease via droplets to other humans.

It resulted in 'black death', one of the worst pandemics in human history that claimed millions of lives in the 14th century. The disease is expected to have originated somewhere in Asia, spreading through China and India, before killing of an estimated two-thirds of the European population in the 1340s and 1350s. While antibiotics can now treat the disease now, the airborne spread of the highly contagious disease wreaked havoc and frenzy across the world; healthy people were found dead overnight, and sailors started arriving at ports either dead or rotting, or covered in black contusions, pus and blood. There were riots and massacres of the Jewish people, and the disease is believed to have been brought under control by strict quarantine measures and public hygiene enactments.