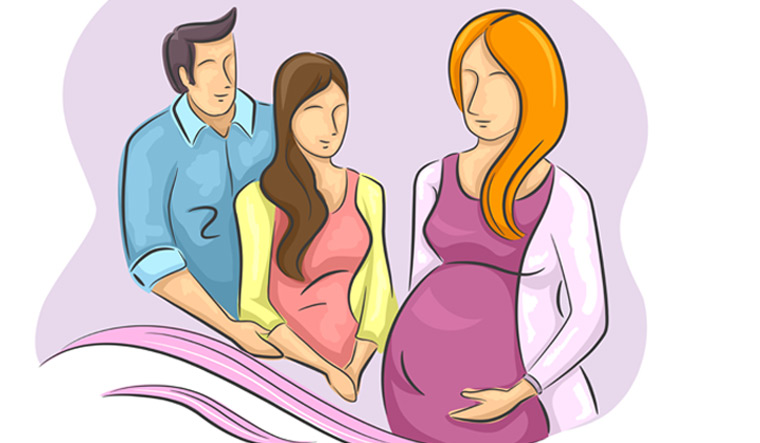 A Rajya Sabha select committee has made key recommendations on the Surrogacy (Regulation) Bill, 2019, that was passed by Lok Sabha last year. The bill that bans commercial surrogacy in favour of altruistic surrogacy, was sent for reassessment to the Rajya Sabha panel last November because of certain controversial clauses.

The panel tabled its report on Wednesday and recommended that a surrogate mother need not be a ‘close relative’, the five-year wait period before a couple can apply for surrogacy be done away with, and single woman and people of Indian origin be allowed to access surrogacy. Currently, only close relatives can be commissioned surrogacy for ‘altruistic’ reasons, and married couples are allowed to pursue surrogacy in the proposed law.

These were among the 15 major changes recommended by the committee.

The committee also recommended insurance cover for surrogate mother to be increased from 16 months to 36 months and favours passing of Assisted Reproductive Bill, 2014,  before the surrogacy bill.

As for the eligibility criteria for accessing surrogacy, the committee recommended removing the definition of 'infertility' as the inability to conceive after five years of unprotected sexual intercourse as provided for in the bill on the grounds that it was too long a period for a couple to wait for child. “There may be certain proven medical conditions such as absence of uterus by birth, non-functional uterus,  removal of uterus due to cancer, fibroids etc. or patients with chronic medical condition where normal pregnancy is ruled out and it is medically proven beyond any doubt that surrogacy is the only option,” the committee said in a statement.

The Committee also further noted that the requirement of obtaining certificate of proven infertility is not justified in such cases.

“There are conditions under which a single person genuinely needs to avail surrogacy option to have child. One such situation is a young widow, who is otherwise capable but cannot carry a child because of fear of social stigma attached to pregnancy of widow in our society,” the committee said.

The Committee also proposed that a provision be included in the bill allowing Persons of Indian Origin (PIOs) to avail surrogacy in the country after obtaining a certificate of recommendation from the surrogacy boards.

Noting that the procedure of surrogacy poses the risks of medical complications and health hazards, post-partum (after delivery) and to secure surrogate mother financially and health-wise, the committee recommended that the insurance coverage of 16 months provisioned in the bill should be increased to 36 months which provides the surrogate mother “psychological satisfaction”. The committee also recommended a modification in the definition of altruistic surrogacy to cover "other prescribed expenses” on nutritional food required, maternity-wear, and important things for the wellbeing and upkeep of the surrogate mother. “In order to protect the interest of the child born through surrogacy, the Committee recommended that the order regarding parentage and custody of child to be issued by a Magistrate shall be the birth affidavit of surrogate child,” according to the statement.

As a general recommendation, the select committee said that the Assisted Reproductive Technologies (Regulation) Bill which is awaiting cabinet approval may be taken up before the Surrogacy (Regulation) Bill since the ART Bill primarily deals with technical, scientific and medical aspects which also apply to storage of embryo, gamete, oocyte. The Committee in an important recommendation required the appropriate authorities of the central and state governments  to submit data on number of surrogacy procedures, surrogacy clinics and all related aspects to the National Board on Surrogacy so as to develop a proper database which helps in monitoring and regulation of surrogacy in the country.

Other recommendations of the Committee relate to enhancing the term of experts on the surrogacy boards from one year as proposed in the bill to three years and officials of sufficiently higher rank to be the Chairman and Vice Chairman of Appropriate Authorities as they deal with vital issues concerning surrogacy.

The Select Committee while strongly backing the provision of the bill allowing only altruistic surrogacy and not commercial surrogacy opined that "The sublime and divine instinct of motherhood could not be allowed to be turned into mechanical paid service of pro-creation devoid of divine warmth and affection."