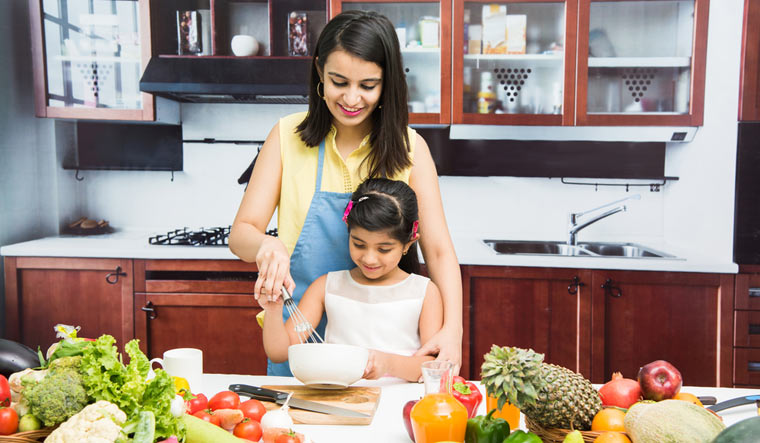 Children who watched a healthy cooking program were far more likely to choose one of the healthy snack options—an apple, or a few pieces of cucumber—than one of the unhealthy options—a handful of chips, or a handful of salted mini-pretzels, says a study.

Researchers, including those from Tilburg University in the Netherlands, asked 125 children between the ages of 10 and 12 to watch 10 minutes of a Dutch public television cooking program designed for children. As a reward for participating, the kids were offered a snack, which they could choose from a set of options—some which were healthier than the others.

The findings, published in the Journal of Nutrition Education and Behavior, revealed that children who watched a cooking show featuring healthy food were nearly three times more likely to make a healthy food choice than those who watched a different episode showing unhealthy dishes

"The findings from this study indicate cooking programs can be a promising tool for promoting positive changes in children's food-related preferences, attitudes, and behaviours," said study lead author Frans Folkvord from Tilburg University.

Earlier studies had found that children were more likely to eat nutrient-rich foods if they were involved in preparing the dish, but the availability of ready-prepared foods, and a lack of training to prepare fresh foods led to a drop in cooking skills among kids, the researchers said.

"Providing nutritional education in school environments instead may have an important positive influence on the knowledge, attitudes, skills, and behaviours of children," Folkvord added.

According to the researchers, the visual prominence of healthier options in both food choice and portion size on TV cooking programs may lead young viewers to crave healthier choices then act on those cravings.

"Schools represent the most effective and efficient way to reach a large section of an important target population, which includes children as well as school staff and the wider community. Positive peer and teacher modeling can encourage students to try new foods for which they exhibited distaste previously," Folkvord said.