Anxiety and depression more prevalent among women than men in India: Study

One in seven Indians has a mental disorder, disease burden doubled from 1990 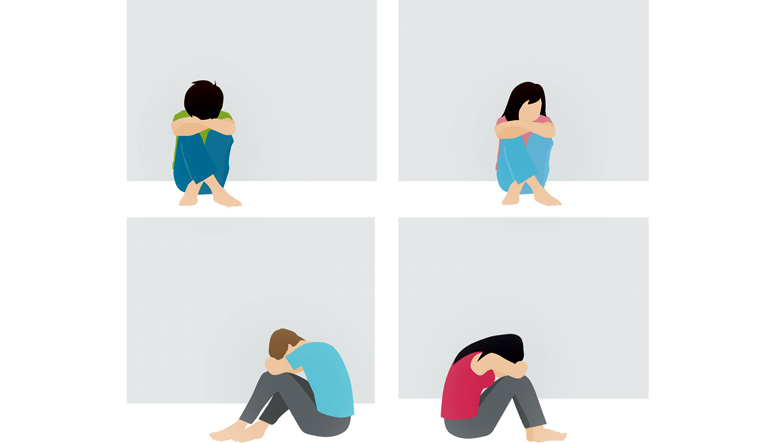 More women suffer from depression and anxiety disorders in India than men do, new data shows. Among women with depression, the likelihood of them dying by suicide is higher than it is in the case of men suffering from the same disorder, a first of its kind study published in The Lancet Psychiatry today has revealed.

“Aside of the fact that the burden of these disorders is higher among women, fewer women also seek treatment for mental health issues,” said Dr Rajesh Sagar, professor, psychiatry, AIIMS. “Biologically, women are more predisposed to certain kinds of depressive disorders such as post-partum depression. Social factors such as domestic violence and dowry-related issues also affect the mental health of women,” said Sagar.

The new data has also revealed a stronger link between depression and suicide among women than among men, he added.

When it comes to women, suicide and mental health disorders, the story has only begun to unfold lately, said Dr Rakhi Dandona, professor, Public Health Foundation of India.

In 2018, Dandona was the lead author of a study titled 'Gender differentials and state variations in suicide deaths (1990-2016)' that was published in The Lancet, that revealed that though the suicide rate was higher among men than women, the rate for women was twice the global average.

The women who died by suicide were highest in the age group of 15-29 years, also the time period when women are likely to get married and encounter different issues, said Dandona. “Issues within marriage including violence is normalised, and help is not sought,” she added.

Studies have shown that compared to men, more women have suicidal thoughts, and are known to have a higher number of attempts at killing themselves, Dandona said. Men, on the other hand, died by suicide with fewer attempts.

“The insights provided by this study are important for titrating strategies for mental health improvement in each state. Given the significant contribution of mental disorders to the disease burden in India, further research should continue to track the changing trends of mental disorders in different parts of the country.”

The study utilizes all “accessible relevant” data from India over the past three decades and reports that mental disorders are the leading cause of non-fatal disease burden in India and their contribution to the total disease burden is increasing, said professor Lalit Dandona. “The high rate of depression among the older adults reported in this study is of concern which needs attention, and the significant association of suicide with depression emphasises the need to identify and deal with depression through wider efforts in the community and in the health system,” he added.

The need to strengthen mental health services, integrate them with general healthcare, and remove barriers such as stigma and access to treatment, was also emphasized.

“It is time to act at all levels with all stakeholders to bring mental health at the forefront to reduce the burden. An interesting finding revealed by this study is the slower pace of improvement in the burden of childhood mental disorders such as developmental intellectual disability and conduct disorder in the less developed states of the country which should be examined,” said Sagar.