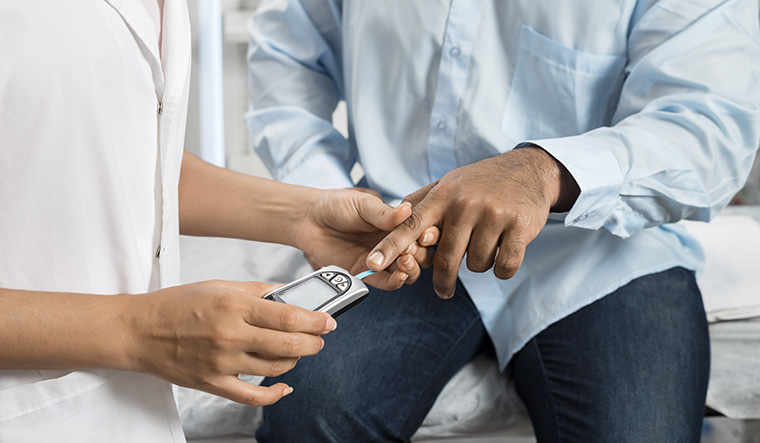 An artificial heart pump to help patients of end-stage heart failure, an automated device that helps a bed-ridden patient turn sides and prevent bed sores, a strip that calculates your insulin status and helps detect diabetes, and a highly sensitive device that can detect TB bacteria within minutes—a clutch of Australia-based health tech start-ups are hoping to attract doctors, hospitals, investors, and medical device manufacturers in India. The products have been developed as part of a partnership between The George Institute for Global Health and Sydney-based University of New South Wales, and the developers were visiting India as part of an "immersive field trip" to learn more about the Indian market.

Given the country's high burden in cardio-vascular diseases, diabetes and tuberculosis, the developers are “confident” that their products have enough "potential" in the market for healthcare in India.

Take for instance, the “affordable” artificial heart developed by Circulatory Support Technologies, that could help thousands of patients in need of a heart transplant. “Each year, there are 1.5 million new patients of heart failure in India. Of them, 20 per cent suffer from terminal heart failure. The artificial heart pump that is currently available in the markets costs about 70 lakhs, unaffordable for a majority of the population. A device such as this, that could cost about Rs 5 lakh, will really help these patients,” said Dr K.R. Balakrishnan, director, cardiac sciences, Fortis Malar Hospital, Chennai. The hospital would soon be conducting the clinical trials for the cardiac device with Indian patients, in collaboration with Sydney-based Dr Peter Ayre, chief scientist, Thorvascular Pty Ltd.

Ayre, a biomedical scientist and engineer, says that the idea for a low cost heart pump took shape at a meeting with Balakrishnan at a Chennai hotel, about four years ago. Since then, after much “back and forth” emails and a visit by Balakrishnan to Australia, Ayre who has worked on the expensive version of this device, was able to develop a cheaper alternative. “We re-engineered the original product by replacing some of its expensive components. There's also a cheaper version in the market, but that requires a patient to be bed-ridden. Our low cost pump will allow the patient to be mobile because it is potable and long-lasting. All that the patient needs to do is to carry a small battery pack along with them,” Ayre said, during the trip to India last week.

Balakrishnan said that the device could also be used as a “pediatric pump” for children who are in need for a heart transplant. “Innovation can always have a different application, one that it might not have originally been intended for,” he added.

Dr Guozhen Liu, Senior Lecturer  at the Graduate School of Biomedical Engineering, UNSW, said that the diabetes point-of-care test she and her team had developed held the promise of helping Indians with detecting diabetes early, and hence, prevent the disease. "One in two Indians is at risk of diabetes, and this test which can detect insulin in saliva can help doctors detect pre-diabetes. Currently, the tests for diabetes take time and can be expensive. This is a low-cost strip, which is non-invasive, and when connected to a smart phone device, it can help patients get a reading in about 12-15 minutes. They can then consult with a doctor sitting far away from them," Liu said.

While Ayre said he would be looking for a local manufacturer eventually to make the product in India, Liu said her lab in Sydney could produce 3600 strips of the diabetic test, in one hour. "What we need right now is to collaborate with a local partner for clinical trials on the local population," Liu said.

Yet another exciting start-up from the team that visited India last week was BeacoHealth, which has found a way to completely automate body turning for bedridden patients. This will help India, a country facing an acute shortage of health workers and an increasingly aging population, Tristan Berry, co-founder, BeacoHealth, said. "The device is extremely energy efficient; it requires energy that is taken up by a fan that has been running for five seconds," Berry said, adding that the device was currently being produced out of Malaysia.

For Dr Romaric Bouveret of UNSW Founders Program, the trip to India last week was educative as it helped him identify how he could further improve his device—a point-of-care plug and play microscope that can accurately and specifically measure tuberculosis bacteria, in a few minutes. "Current tests require cultures that can take weeks. This will reduce the time taken to a couple of minutes, and can be used in the case of pregnant women [who can't be exposed to X-rays], kids and HIV patients. For a country such as India with a high burden of TB, this device could be really useful, Bouveret said, adding that the product was already being used in some laboratories for research. The only hitch? "We will have to work on a battery for this, since electricity is a problem in India," he said.

Another start-up, Evidentli, focuses on data helping hospitals turn their real world data into knowledge, so that doctors have the latest evidence that they need.

Harinder Sidhu, Australian High Commissioner to India told THE WEEK that the health industry was a key part of the ten sectors identified as part of Australia's 'An India Economic Strategy, 2035'. "I see enormous potential for collaboration and co-operation between the two countries in this sector. India needs low-cost solutions, and Australia, with its sophisticated bio-medical and technology eco-system could offer these solutions with an emphasis on quality. These Australian companies represent ground-breaking innovations in the health sector. This forms a part of the Australian government's efforts to build connections and create opportunities for start-up sectors in the two countries," Sidhu said.