Your eating posture may impact taste of food

Food tastes better when you are sitting down, say scientists 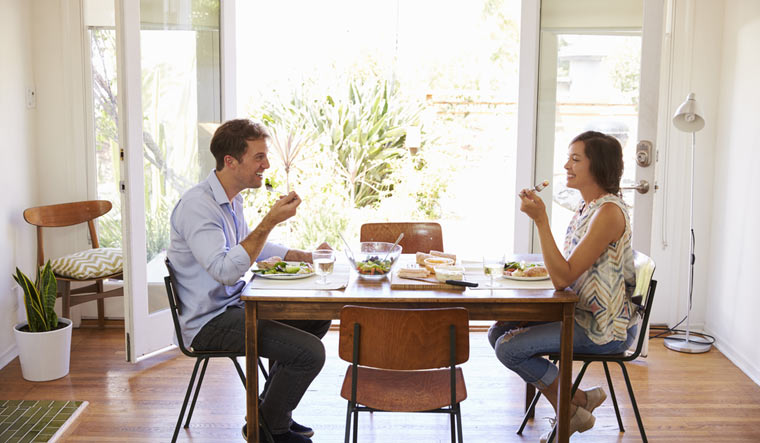 Food tastes better when you are sitting down, say scientists who found that holding a standing posture for even a few minutes prompts physical stress, muting taste buds.

The research, published in the Journal of Consumer Research, looked specifically at how the vestibular sense, which is responsible for balance, posture and spatial orientation, interacts with the gustatory sensory system, which impacts taste and flavour.

According to the study led by Dipayan Biswas, a professor at University of South Florida in the US, the force of gravity pushes blood to the lower parts of the body, causing the heart to work harder to pump blood back up to the top of the body, accelerating heart rate.

This activates the hypothalamic-pituitary adrenal (HPA) axis and leads to increased concentrations of the stress hormone cortisol.

When people experience discomfort, foods that normally taste good do not appear as pleasant to the palate. Biswas confirmed his hypothesis by having 350 participants rate the tastiness of a pita chip.

Researchers then provided participants classic bite-sized brownies baked at a local restaurant that were tested and widely considered pleasant tasting. Those who were sitting down rated them to be most delicious.

However, when the baker altered the recipe and made the taste unpleasant by adding an extra fourth cup of salt, the results were opposite.

Participants standing up did not notice the brownies tasting saltier to that extent, and actually rated them to have a relatively more favourable taste perception than those who sampled them while sitting down.

"This finding suggests that parents might be able to make unpleasant-tasting, healthy foods seem more palatable to reluctant children by having them eat standing up," said Biswas.

"In a similar vein, it might be beneficial to maintain a standing posture when consuming pharmaceutical products that have unpleasant tastes," he said.

Biswas expanded the study by inducing additional stress. He required the participants to try fruit snacks while carrying a shopping bag, mimicking what happens when one tries samples at a grocery store or in a food court.

Both sitting and standing participants reported the additional weight made the food item taste even worse.

This highlights the underlying mechanism related to physical stress driving the effects of posture on taste evaluations.

In addition, the team tested posture's impact on temperature perception. Participants were provided cups of hot coffee. Those standing up reported it not being as intense as those who were sitting down.

However, they drank less than those sitting, suggesting physical stress suppresses appetite. Eating while standing can also help with long-term weight loss goals.