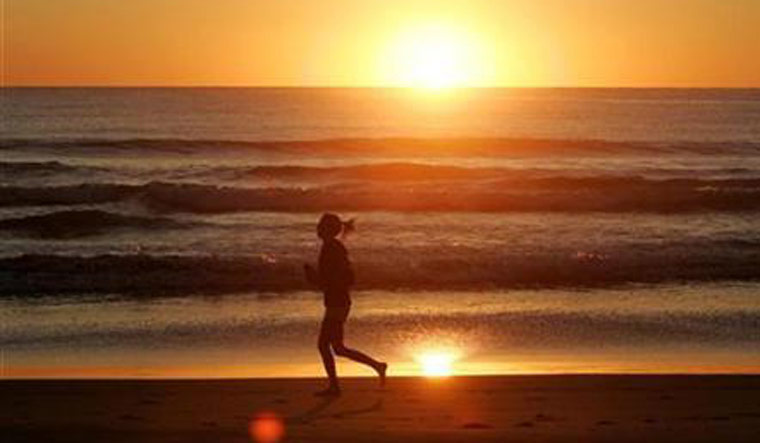 Ramya Venkatachalam, a 40-year-old ultramarathon runner from Bengaluru gave up running as she had stress fractures in her feet and acute pain in the shins and calves. "After running 21 km every Saturday, I couldn't even run 100 metres without wincing in pain," recalls Ramya.

As the pain grew intense, she sought medical help. "After our investigation, we found out that she had severe Vitamin D deficiency. Over three months, she was treated with Vitamin D correction medication, and gradually she returned to running," says Dr. Chirag Thonse, specialist, arthroscopy, sports injuries and joint replacement surgeries, at Fortis hospital Bengaluru.

Ramya now enjoys marathons as she used to. "The farthest distance I have run is a 112.8-km in 24 hours," says Ramya.

Vitamin D is naturally produced in the body when your skin gets exposed to sunlight. Modern life involves long hours of staying indoors and even in countries like India, where there is an abundance of sunlight, Vitamin D deficiency has emerged as a public health problem for both adults and children.

A recent study conducted by the Associated Chambers of Commerce and Industry of India reveals that eight out of 10 people in Delhi suffer from Vitamin D deficiency. "The study further highlighted that individuals in the age group of 21-35 had maximum insufficiency and the majority of them were not aware of the deficiency in their bodies," says Dr. Bindumathi P. L, senior consultant, internal medicine, Aster CMI Hospital, Bengaluru.

Why has Vitamin D deficiency become so common in India? According to experts, the key reasons behind the deficiency are increased indoor activities and reduced exposure to sunlight. That we wear full clothes and do not sunbath increase risk of Vitamin D deficiency. The other factors that contribute to low levels of Vitamin D are changing lifestyle, dietary habits and rising pollution levels, says Dr. Tushar Tayal, consultant, internal medicine, CK Birla Hospital for Women, Gurgaon. "Urban Indian life is increasingly moving indoors. Cities are also congested, thus limiting the exposure to sunlight," he says.

Vitamin D can be easily checked by measuring serum 25-hydroxyvitamin D through a blood test. A Vitamin D level of 50nmol/L (20ng/ml) or higher has been said to be sufficient for normal functioning. "Vitamin D deficiency recently is a cause for obesity, hypertension, heart diseases," Dr R. P. Ram, consultant general medicine and head DNB at Jaslok Hospital and Research Centre, Mumbai. "Signs and symptoms of Vitamin D and calcium deficiency include body ache, joint pains, uncontrolled diabetes and hypertension," he says.

Vitamin D deficiency can be the underlying cause for several other conditions including dementia, depression, PCOD (polycystic ovarian disease) and infertility. It is a risk factor for Alzheimer's and has been found to increase the risk of breast and colon cancers. Those deficient in Vitamin D can be more susceptible to viral and tuberculosis infections as well.

Low levels of vitamin D cause more problems in women compared to men. "80-90% of women in the age group of 30-40 years suffer from several health issues like osteoporosis (reduced bone density), osteomalacia ( softening of bones of legs in women) and spine problems like backache and spondylosis due to the Vitamin D deficiency. Furthermore, an aggravation in this deficiency can cause bone and muscle aches leading to fractures," explains Bindumathi.

The decline in estrogen levels makes women more susceptible to weak bones and fractures after menopause. So, it is essential for them to take sufficient amounts of Vitamin D along with calcium supplements even as they get ready for menopause.

Vitamin D plays a crucial role in the absorption of calcium. It is imperative that pregnant mothers expose themselves to sunshine, as Vitamin D is vital for fetal growth. Low levels of Vitamin D can lead to soft bones, rickets, fractures and delayed motor development in infants. Infants who lack inVitamin D may develop hypotonia—a condition where there is too little muscle tone resulting in floppiness as they start walking.

Dairy products, soy milk, cereals and fish like tuna, mackerel and salmon contain some amount of Vitamin D. Including these in your diet could help combat Vitamin D deficiency to a certain extent. More importantly, get your daily dose of sunlight, for sunlight is the most important source of Vitamin D.