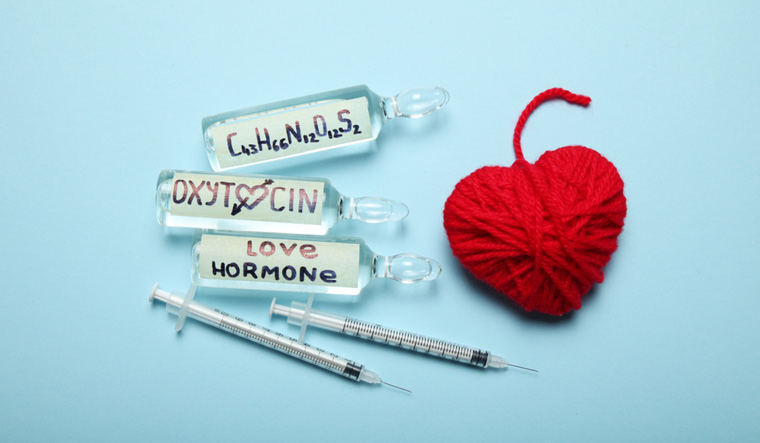 A nasal spray of 'love hormone' oxytocin may help treat alcohol use disorder, according to a study conducted in mice.

Oxytocin plays a role in social bonding, sexual reproduction, childbirth, and the period after childbirth.

Targeting the oxytocin system may provide novel pharmaceutical interventions for the treatment of alcohol-use disorder, said researchers from the National Institutes of Health and The Scripps Research Institute in the US.

This shows promise as a pharmacological approach to treat drug addiction, they said.

Researchers tested the hypothesis that oxytocin administration could normalise the maladaptive brain changes that occur in alcohol dependence and thereby reduce alcohol drinking in an established rat model of alcohol dependence.

They investigated oxytocin's effects on dependence-induced alcohol consumption and altered signalling of the inhibitory neurotransmitter GABA in the central nucleus of the amygdala (CeA)—a key brain region in the network affected by alcohol dependence.

The experiments demonstrated that oxytocin administered systemically, intranasally or into the brain blocked excess drinking in alcohol-dependent but not in normal rats.

These results provide evidence that aberrations in the oxytocin system may underlie alcohol use disorder, researchers said.

Targeting this system, possibly by intranasal administration, could prove a promising therapy in people who misuse alcohol, they said.