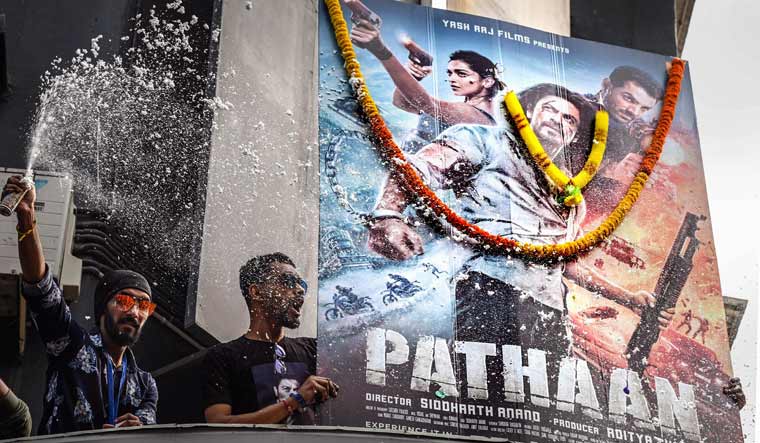 It looks like Bollywood and theatre owners finally got the big release they have been waiting for. Shah Rukh Khan and Deepika Padukone's Pathaan, which hit the big screens on Wednesday, has been receiving rave reviews from fans. The film, directed by Siddharth Anand, has taken the box office by storm.

The film also features John Abraham in a pivotal role.

Pathaan sold 5.5 lakh tickets for its first day in advance booking. The record (for Hindi and Hindi-dubbed films) is held by Baahubali: The Conclusion, NDTV reported.

The film opened in theatres in the backdrop of protests and boycott calls by right-wing organisations over the song 'Besharam Rang'. Pathaan, backed by Yash Raj Films', features Shah Rukh Khan in his first lead role since 2018's Zero.