'All That Breathes', 'The Elephant Whisperers' also on the shortlist 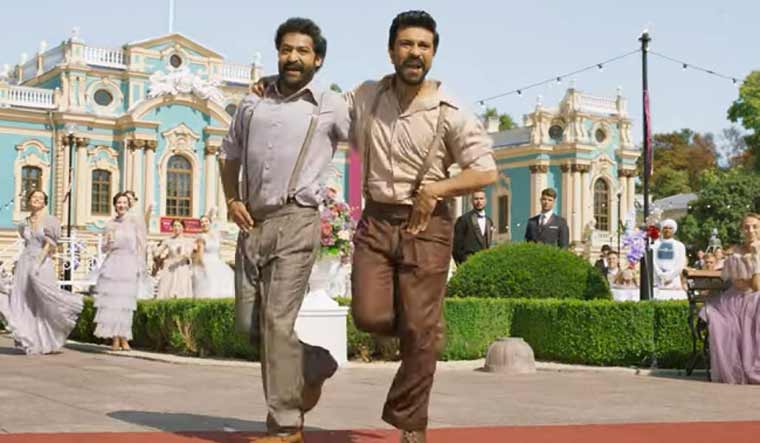 It is a big day for Indian movie fans as the final list of nominations in various categories for the Academy Awards will be released on Tuesday evening.

There are four Indian contenders, including RRR and Chhello Show (India's official Oscar entry) vying for a spot on the Best International Feature nominations list. Shaunak Sen’s documentary feature All That Breathes and Netflix documentary The Elephant Whisperers are also on the shortlist.

Excitement levels are up and all eyes set on RRR after SS Rajamouli's magnum opus emerged a favourite among the global audience. The Telugu period drama set in the pre-independence era has already bagged quite a few awards, including the prestigious Golden Globe for its song Naatu Naatu. 'Naatu Naatu' has already made it to the Oscars shortlist announced earlier. The Telugu track is composed by veteran music director MM Keeravaani and sung by Kala Bhairava and Rahul Sipligunj. Though RRR was also in contention for the Best Non-English Language Film at the Golden Globes, it lost to Argentina’s historical drama 'Argentina, 1985'.

RRR fans were disappointed by Pan Nalin's Gujarati film Chello Show (The Last Show) was announced as India's official entry to the 2023 Academy Awards. Set in the Saurashtra region, the film revolves around a 12-year-old boy's love affair with cinema.

RRR revolves around a fictional story woven around two real-life Indian revolutionaries - Alluri Sitarama Raju and Komaram Bheem - in the 1920s. The film stars Ram Charan, Jr NTR, Alia Bhatt and Ajay Devgn in key roles. The movie was critically and commercially acclaimed and reportedly made over Rs 1,200 crore at the global box office.

Shaunak Sen's critically acclaimed All That Breathes is set in Delhi and follows two siblings, Mohammad Saud and Nadeem Shehzad, who have devoted their lives to rescuing and treating injured birds, especially black kites. The Elephant Whisperers is heartwarming documentary, directed Kartiki Gonsalves, revolves around Bomman and Bellie, a tribal couple in south India, who devote their lives to caring for an orphaned baby elephant named Raghu.